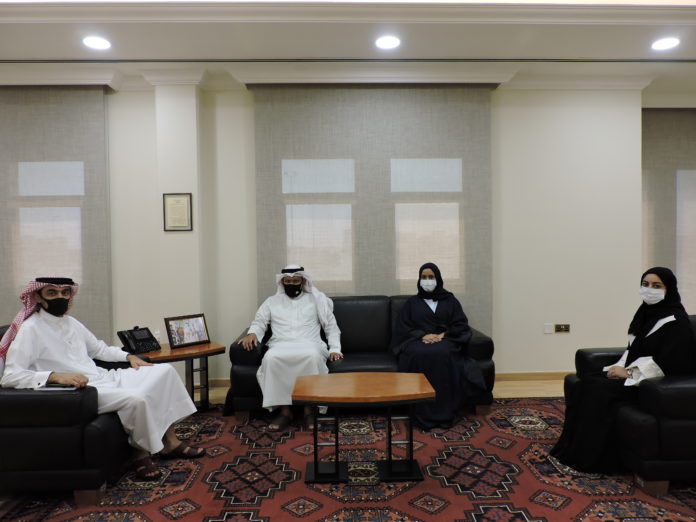 Al Qaed expressed his appreciation for the senior leadership’s trust in the iGA’s Bahraini workforce, adding that these new appointments will motivate the iGA’s management and employees to continue serving the Kingdom and its people.

Al Qaed congratulated the new Deputy CE and Directors, praising their expertise and contributions to the iGA’s efforts in the area of governance and statistics, and in deploying geographic information systems (GIS) to support national plans and strategies. He wished them the best in their endeavors to serve the Kingdom and lead the iGA towards further achievements.

The Chief Executive also affirmed the iGA’s commitment to its employees, who have played major roles in many of its pioneering projects throughout its long journey, working on many Information Technology (IT), digital transformation, statistics, governance, and GIS initiatives. This dedication, in addition to the ongoing training provided to employees, enhanced the iGA’s efforts to help strengthen the national workforce, with many Bahrainis taking important positions both within and outside the iGA.

The guests offered their appreciation for the confidence expressed in their abilities, reaffirming their commitment to serving the Kingdom and its people.

- Advertisement -
Facebook
Twitter
Pinterest
WhatsApp
Linkedin
Previous articleY.K. Almoayyed & Sons Partners with HSBC to Bring Flexi Installment Plan to its Customers
Next articleBACA launches a training programme for the volunteers taking part in the Bahrain pavilion at the Expo 2020 Dubai