Staying true to its commitment to keeping... 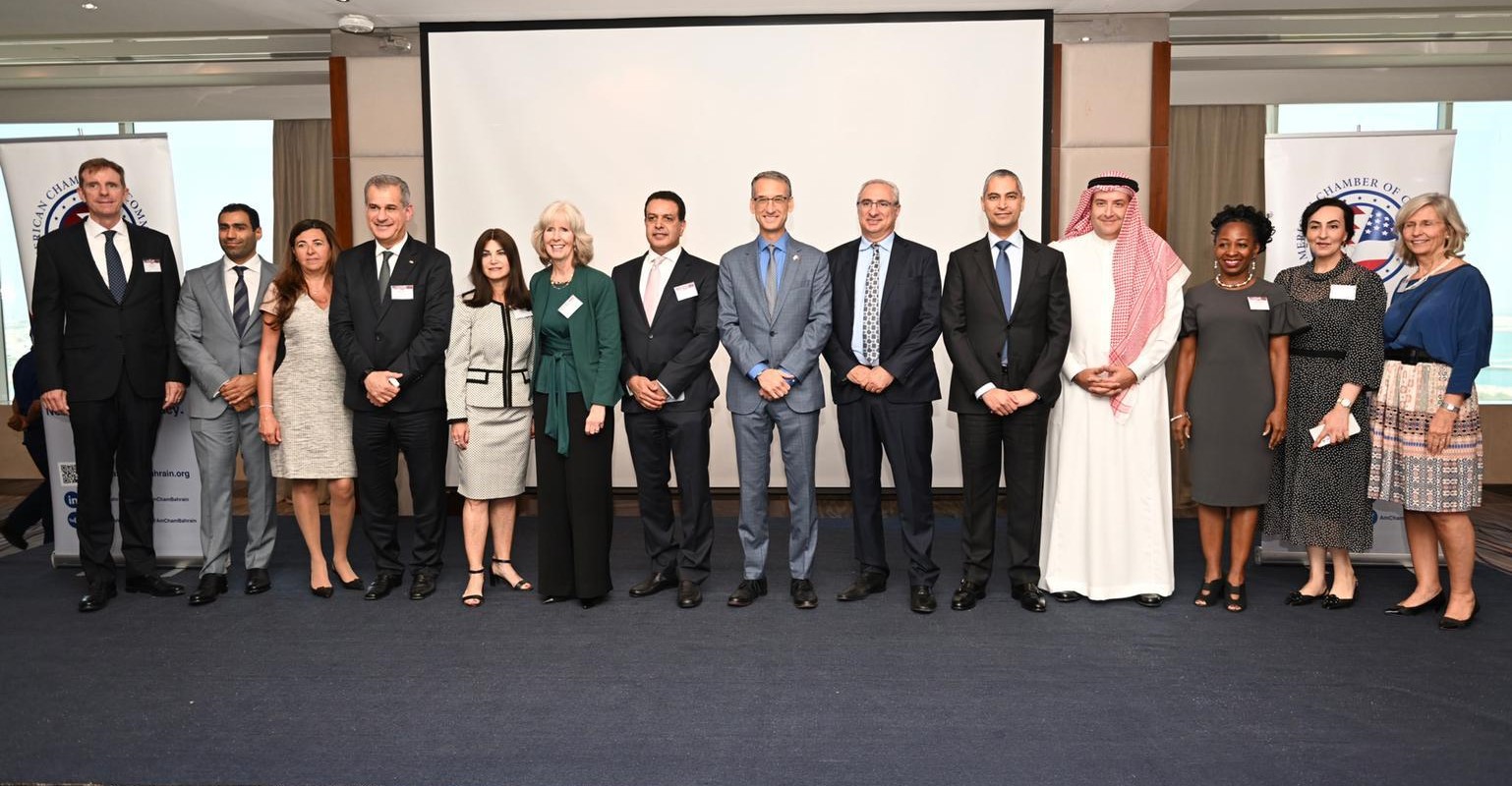 The American Chamber of Commerce in Bahrain (AmCham) was honored to introduce H.E. Steven Bondy, Ambassador for the United States of America to the Kingdom of Bahrain to its members and the wider business community at its recent bi-monthly Business Networking Luncheon.

Ambassador Bondy provided critical updates on US-Bahrain bilateral economic priorities and stated, “I want to emphasize that the U.S. Embassy is here to support AmCham-Bahrain. The strength of the U.S.-Bahrain bilateral relationship is built on free trade and shared prosperity, and AmCham plays a pivotal role in promoting new business and investment opportunities for American, Bahraini, and other international companies.

Continued” I view AmCham as a critical partner in our effort to support Bahrain’s post-pandemic economic recovery. Sustained cooperation between the Embassy and AmCham’s members will deepen economic ties between Bahrain and the United States, to both countries’ benefit”. AmCham values its partnership with the U.S. Embassy and looks forward to working closely to further develop the US-Bahrain business community.