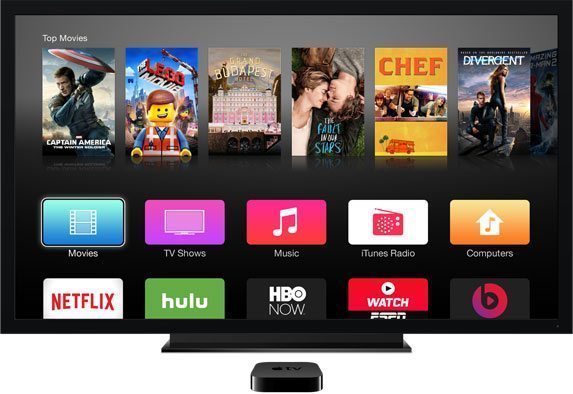 Apple today unveiled the next generation of its Apple TV device, a $149-$199 enhanced streaming box that sits at the center of a thriving app and content ecosystem for the living room. The device goes on sale this October. The new Apple TV is physically bigger than its predecessor, with the added size needed for video storage space. The new device represents Apple’s beachhead in the living room, and a far fuller embodiment of the full media ecosystem the company hopes to build there. That world might open up whole new vistas of opportunity for app developers, video publishers, and advertisers.

The new Apple TV has a new 64-bit  A8 processor inside to run apps and organize video content. The new remote has a glass touch panel across the top of the device. It communicates via Bluetooth 4.0, so there’s no need to point the device at the TV.