It’s yet another feather in the cap for Bahrain’s archaeological excavation team. The new results of the continuing excavations at Qal’at al-Bahrain were announced to the public at the press conference held at the Lectures Hall of Bahrain’s National Museum on 28th May 2013.

A clay tablet bearing ancient cuneiform script dating back to between 503BC and 504BC was discovered during the seven week long excavations at the southwestern side of Qal’at Al Bahrain, also known as the Bahrain Fort. A gold plate engraved with the figure of a woman dating between first century BC and first century AD was also discovered along with the tablet.

The archaeologists working for the French Archaeological Mission in Bahrain said that the clay tablet was used to document contracts using the Akkadian language, which was used for communication for trade in Middle East during those times. The contract inscribed on the tablet dates to the 19th year of King Darius I’s reign, who ascended to the throne of the Persian Achaemenid Empire in 522BC.

“It is the first cuneiform tablet dating to the first millennium to be discovered in Bahrain. The contract reads ’19th year of Darius’ who was the king of Babylon and other lands at that time and that has led us to calculate the period and reach a result that the tablet dates back to a period between 503BC and 504BC,” said Dr Pierre Lombard, archaeological affairs counselor and mission head at the Bahrain Authority for Culture and Antiquities during the Press conference.

“This means that this is the first cuneiform tablet from the first millennium before Christ that has been discovered in Bahrain, which was under Babylonian control at that time. The tablet is quite a small object and belongs to the late Dilmun period. It is a private judicial contract that was written in Akkadian, a language used in the Middle East at that time.”

“We lost the indication of the name of the city where the contract was established because, obviously, people used to scratch the back of the contracts when it is over.” explained Dr Lombard.

The gold plate with the figure of the lady engraved is still under expert studies. Believed to be dating back to the Tylos period, the archaeologists are still working to find the actual explanation of such an artifact being made during the period.

The clay tablet is expected to be displayed at Bahrain National Museum, while the plate will be showcased in a new section of Bahrain Fort Museum, called Tylos Hall, which is yet to be opened. 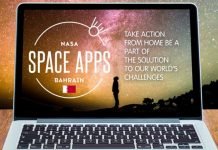 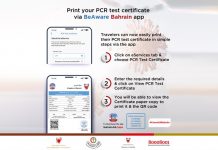 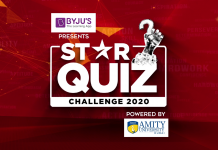