Buying a used car can sometimes be...
CultureInside BahrainBahrain: A leader in charity work 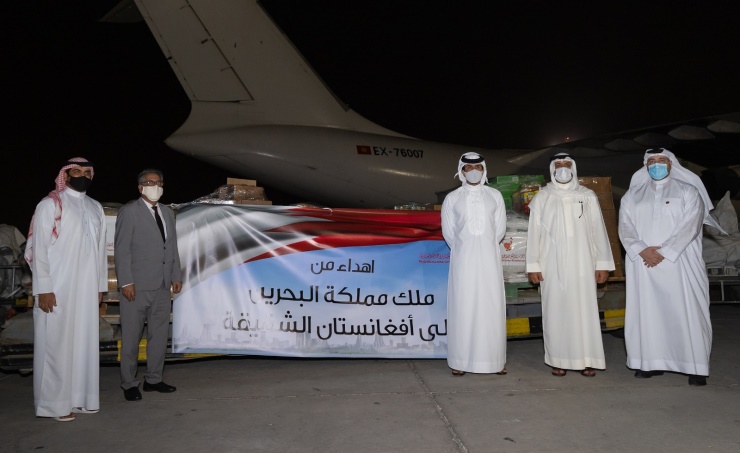 Bahrain  joined the world in marking the International Day of Charity, observed worldwide every September 5, amid its commitment to its noble historical,  religious and humanitarian fundamentals that foster the values of giving, compassion and social solidary, as well as its pride in its pioneering achievements in supporting charity work and preserving the rights and human dignity of all, under the wise humanitarian approach of His Majesty King Hamad bin Isa Al Khalifa.

The kingdom’s celebration of this year’s International Day of Charity coincides with the delivery of an urgent humanitarian relief aid to Afghanistan, based on the directives of HM the King, and the support of the government, led by His Royal Highness Prince Salman bin Hamad Al Khalifa, the Crown Prince and Prime Minister. The shipment was delivered by the Royal Humanitarian Foundation (RHF), led by HM the King’s Representative for Humanitarian Work and Youth Affairs, HH Shaikh Nasser bin Hamad Al Khalifa.

The move is within the kingdom’s constant keenness to extend assistance to brotherly and friendly countries, and provide relief aid to the afflicted, out of its belief in the inherent human dignity of all human beings, and in recognition of the value of benevolence and giving in consolidating peace and promoting understanding and mutual respect among all peoples and civilisations.

Over the past years, the RHF has been able to implement more than 40 relief initiatives for those affected by wars, crises and natural disasters, including the provision of donations, grants, relief aid, medicine and food, launching development projects, and supporting relief efforts and evacuations from Afghanistan.

The kingdom has also stimulated international humanitarian action through the launch of the royal initiatives, such as the “Isa Award for Service to Humanity”, and many awards that promote volunteerism and sustainable development.

This international dimension of Bahrain’s humanitarian work reflects the culture of charitable and voluntary work of which the Bahraini society has always been known, and strengthened since the establishment of the RHF two decades ago. The RHF has sponsored more than 11,000 orphans and widows, cared for the elderly and people with special needs, provided educational and health care assistance and supported the social and charitable projects.

Since the outbreak of the novel Coronavirus pandemic, the RHF has stepped up its humanitarian efforts by launching the “Feena Khair” national campaign, succeeding in collecting donations valued at $100 million allocated to supporting micro-entrepreneurs and Bahraini families, providing computers for distance education, and distributing food baskets, medicines and medical masks.

During the pandemic, the government, represented by the Ministry of Labour and Social Development, continued its efforts in providing financial support programmes for low-income citizens, in an attempt to empower them economically. In this regard, the Labour Ministry’s “Khatwa” programme for home projects won the Arab Government Excellence Award for the year 2020 as the Best Arab Government Project for Community Development, after its contribution over the past 10 years to the success of 954 families in obtaining licenses to work from home, and 48 families in becoming entrepreneurs.

The kingdom’s rich record of humanitarian work has been acclaimed locally and internationally, ranking the first in the Arab world and 12th globally in the World Giving Index 2021 issued by the London-based Charities Aid Foundation (CAF).

HM the King was also conferred the Global Leadership Award in the field of orphan care by the Organiusation of Islamic Cooperation in 2017.

The RHF won the “Best Charity Organisation Award”, granted by the Foundation of Arab Achievers, in addition to the second edition of the “Prince Mohammad bin Fahd Award for Best Charity Performance in the Arab World” (2019-2020), organised in partnership with the Arab League’s Arab Organisation for Administrative Development under the theme “Towards a Better Future for Institutional Charitable Work in Arab Nation”.