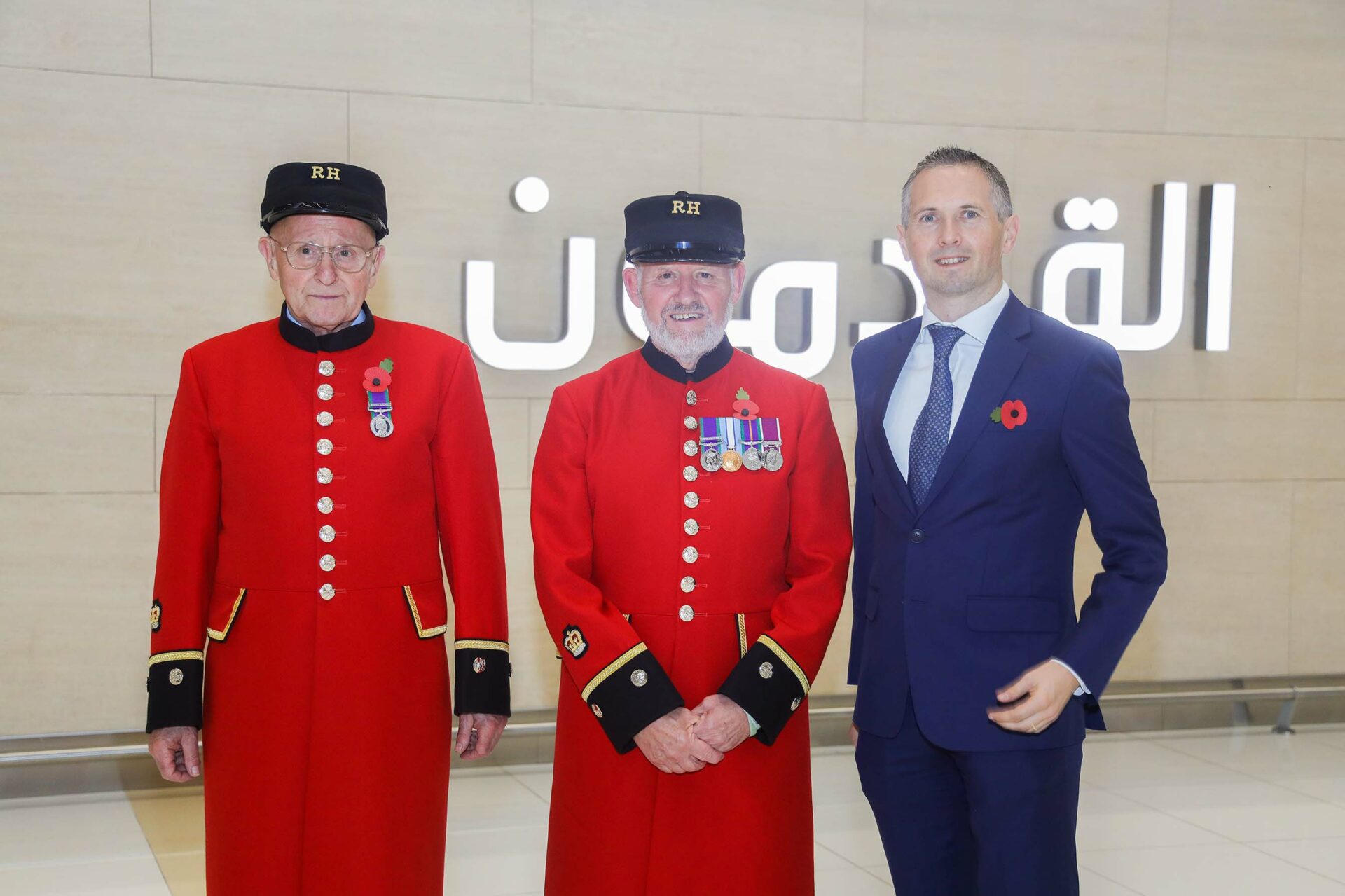 Two of Britain’s Chelsea Pensioners arrive into the kingdom for Remembrance Day as guests of the Bahrain British Business Forum (BBBF). They were welcomed by the BBBF Executive Committee member Philip Solarski on their arrival at the Bahrain International Airport last night.

This year’s Chelsea Pensioners are: James David Lycett (WO2), 77 years; and William Kenneth Knowles (WO2), 68 years.

The Chelsea Pensioners visits to Bahrain have become an annual tradition, and Mr. Khalid Al Zayani OBE, BBBF Chairman, noted that this is made possible with the generosity of local businesses. He commented: “The Chelsea Pensioners greatly enjoy their visits to Bahrain and always comment on the hospitality and warm welcome they receive here. I would like to thank our supporters this year, including Cebarco, Gulf Brands International, British Airways, Euro Motors Jaguar Land Rover, and The Diplomat Radisson Blue Hotel. The support of the community allows us to give the Chelsea Pensioners a memorable experience which they take back and share with their countrymen, thereby promoting a positive image of Bahrain – something which is at the heart of the BBBF mission.”

In addition to Cebarco sponsoring the air tickets, the servicemen coming this year will be provided accommodation at The Diplomat Radisson Blu Hotel for the duration of their stay. Activities include attending Saint Christopher’s Cathedral Remembrance Service; and visits to the British School of Bahrain, Saint Christopher’s School and Nadeen School. The itinerary also includes social events at the Dilmun Club, Bahrain Rugby Football Club, the British Club, and a visit to the Royal Golf Club, along with a cultural experience tour of Bahrain. The Chelsea Pensioners will also attend the BBBF’s Poppy Ball on 10th November as the VIP Guests of Honour.

The Poppy Ball is organised in support of the Chelsea Pensioners Appeal and the Mother and Child Welfare Society Bahrain.