The Ritz-Carlton, Bahrain is rolling out the red...
CultureInside BahrainBahrain exports BD200 Million Worth of Products of National Origins during January 2021 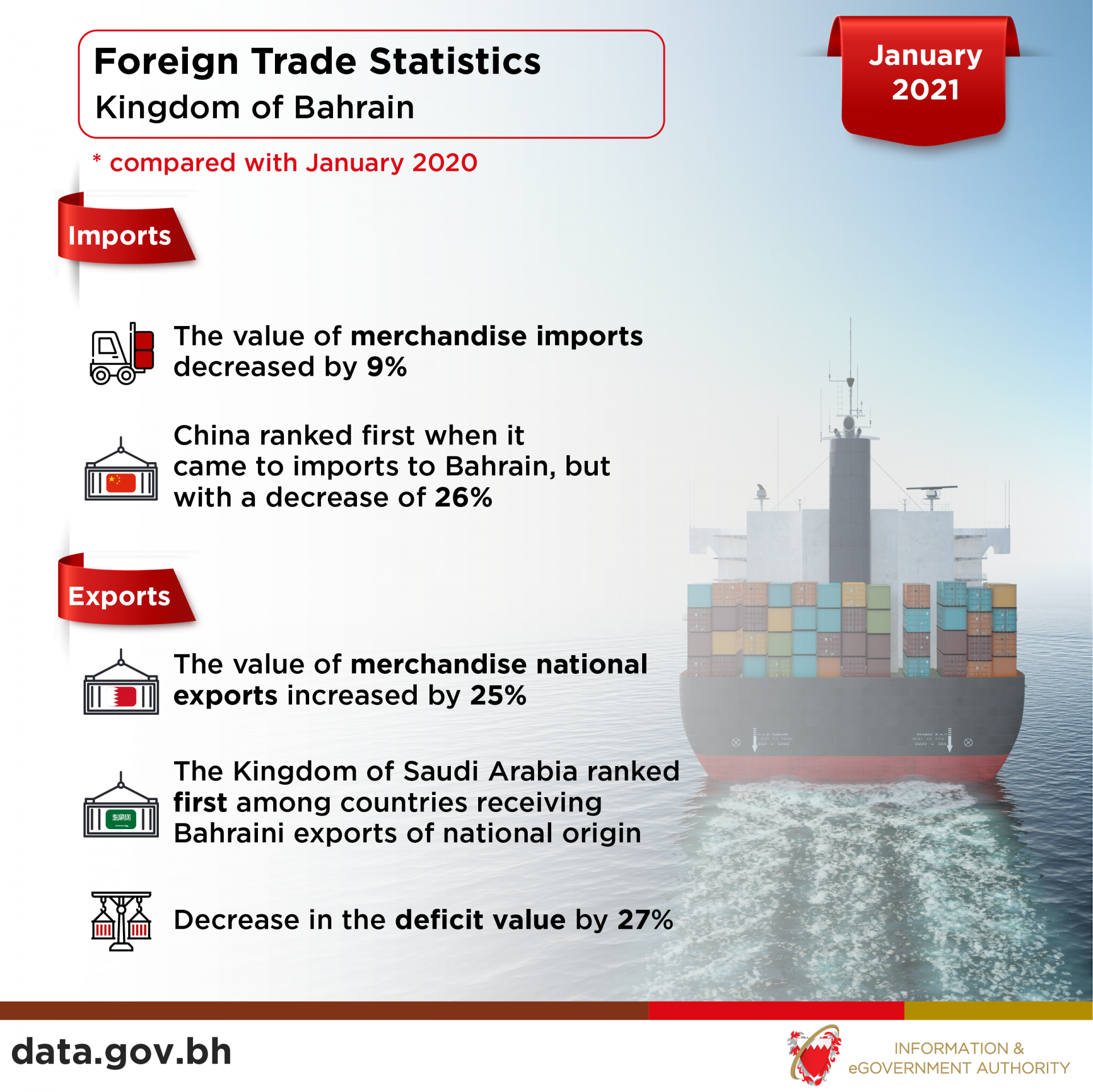 According to the report, China ranked first when it came to imports to Bahrain, with a total of BD49 million, Brazil was second with BD45 million; and the Kingdom of Saudi Arabia was third with BD31 million.

Non-agglomerated iron ores and concentrates emerged as the top product imported into Bahrain with a total value of BD43 million, while Aluminum oxide was second with BD28 million, and four-wheel drive cars third with BD18 million.

Agglomerated iron ores and concentrates alloyed emerged as the top products exported during January 2021 with BD30 million, semi-finished iron and steel was second with a value of BD25 million and Unwrought aluminum alloys third with BD20 million.

The total value of re-exports decreased by 29% to reach BD53 million during January 2021, compared to BD74 million for the same month of the previous year. The top 10 countries accounted for 88% of the re-exported value, while the remaining countries accounted for the 12%. The Kingdom of Saudi Arabia ranked first with BD14 million, Sultanate of Oman second with BD10 million, and the United Arab Emirate third with BD9 million.

The trade balance, difference between exports and imports, the value of the deficit of the trade balance reached BD154 million during January of 2021 versus BD211 million for the same month of the previous year with decrease of 27%.