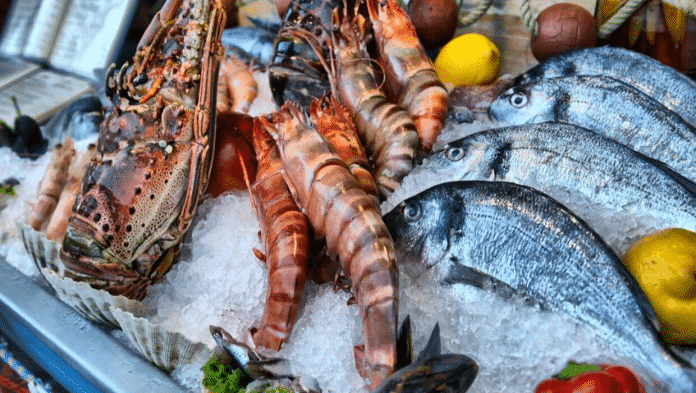 Bahrain dishes are famous for their taste with a combination of different flavors from other Arab kitchens. We can clearly see the impact of neighbour cuisines on Bahraini cuisine. In addition to that, many Bahraini dishes have been influenced by the marine environment, offered by the water resources that surround the Kingdom.

When you visit the Kingdom of Bahrain, you have to explore the tastes of its various local dishes.

Bahraini cuisine is primarily based on ingredients found in the Kingdom, and the meat dishes will primarily base on camels. As the country is essentially an archipelago, you will also find many delicious seafood dishes served in Bahraini cuisine. Bahraini dishes vary in shape, taste, and presentation.

Seafood: Many Bahraini seafood dishes were influenced by the marine environment. Numerous seafood dishes, including grubar, mackerel, shrimp and lobster, can be found in the Bahraini cuisine. One of the most important ingredients in Bahraini marine dishes is the hamour, which is served grilled, mashed or smoked. In addition to eating some types of local fish such as Alknad and Sabiti. Fish in Bahrain is usually served with rice, and sometimes served with French fries influenced by the most famous English dish of Fish & Chips.

Bahrain Bread: If we talk about Bahrain food, it is necessary to mention the light white bread. It is one of the most famous Bahrain food items available and known throughout history. Beans with tahini, garlic and lemon are often eaten alongside this renowned bread. In addition to tabbouleh which consists of parsley, bulgur, tomatoes, garlic, and lemon.

Bahraini Breakfast: There are many breakfast dishes in Bahrain, and the most famous Bahrain food served at breakfast is the Balaleet, which is a type of long thin noodles served with fried eggs. Another breakfast delecacy is Almhayawah, which is a special type of bread characterized by thinness and sprinkled with sauces. Bahrain’s breakfast is almost always served with a cup of Karak tea, a tea mixed with milk. Sambosak is often eaten at breakfast as well, it is often stuffed with vegetables, cheese or potatoes and sometimes served with white or red jabati bread.

Bahraini Rice Dishes: Bahrain is famous for serving rice as a side dish, and there are also Bahraini dishes that rely on rice as a basic ingredient, including Majboos. Majboos is one of the most famous dishes in Bahrain and is usually served with meat, fish, chicken or shrimp. This dish differs from the Saudi Kabsa, despite the similarity in shape and color. The strong taste of lemon and black pepper distenguish the Bahraini Majboos. Mahamar dish, is another type of rice dishes, it is sweetened with dates or sugar and served with fried fish. Musaly on the other hand is cooked rice with chicken, meat, fish or shrimp, and the ingredients are cooked directly in the pot, to have a special flavor distinct from the rest of the dishes. Chillani, is boiled white rice with salt and black cloves, it is usually served with a fried or grilled fish meal, or sometimes served with cinnamon sticks.

The Bahrain biryani dish is largely famous. It is derived from the Indian biryani. It is an Indian-style rice with the addition of some Bahraini spices. Bahrain biryani differs from the Indian because the chicken or meat used needs more maturity than his Indian counterpart. The Bahraini biryani is also often devoid of hot peppers used in the preparation of Indian biryani.

Falafel: One of the most popular dishes in Bahrain, it is made differently and consists of fried chickpeas and is served as fried balls in sandwiches with vegetables.

Makiosus: A popular national dish in the Kingdom, consisting of rice with fish, it is sometimes served with sauce.

Quzi: The Quzi is made from grilled lamb, served with boiled white rice, onions and spices. Quzi dish is one of the most popular dishes in Bahrain.

Al-Mudalal: This dish is a modern dish that did not exist in old Bahrain, but it has been widely recognized and has become one of the most famous Bahrain food. It is rice cooked with herbs, which gives it a green color, and is mixed with small pieces of chicken, and then a special kind of butter, which is specially prepared for this dish, is added.

Saloon Meal: It is a thick soup made of vegetables such as potatoes, tomatoes, okra and pumpkin, and added to chicken, meat, fish or shrimp. Usually served with white cilantro rice. The taste is similar to the Indian masala dish. When the saloon is served with the Bahrain bread cut in small pieces, it becomes another meal called “Tharid”, which is one of the most famous meals served at Ramadan Iftar in the Kingdom. In the case of adding saloonah to the bread of the rice, it becomes the gravy meal.

Bahraini Desserts: Other types of Bahrain food items are the famous dessert dishes, the most famous dish is the Shuweit dessert, which has been attributed to a Bahraini family for 150 years. It resembles jelly candy and is made from cornstarch, saffron, and nuts. Dumplings are also famous desserts in the Kingdom. khanfrush, which resembles kebabs but contains eggs, sugar, flour and yeast instead of vegetables and salt are also a delecious Bahraini dessert. One of the most famous desserts in Bahrain is the porridge, which is eaten with fried eggs. As well as al-Hassu, saqaw, and al-Tababi, al-hubaisah and al-narqina, which contain flour and dates.

Stepping into Falooda World Cafe, you will get the impression of a standard bakery. The entrance is filled with sweet sticky-notes of past customers...
Read more
Taste of Tradition

Fatima Gul Café is located at Al Janabiyah, Saar with a shop decor akin to the countryside of 80’s. The visit will remind you of...
Read more

The National Taskforce for Combating the Coronavirus (COVID-19) held a press conference at the Crown Prince Center for Training and Medical Research at the...
iGA

Commercial Cases Can Now Be Filed Via Bahrain.bh!

Court procedures have now become considerably more time-efficient in Bahrain as anyone looking to file cases can now do so online through the new...
PR This Week

As a part of its commitment towards social responsibility in complementing the national efforts, Zain Bahrain, a leading telecoms operator in the Kingdom, took...
PR This Week

More than 30,000 volunteers have registered on the e-Volunteer platform for COVID-19

The National Taskforce for Combating the Coronavirus (COVID-19) highlighted that more than 30,000 volunteers have registered on the e-Volunteer platform, since its launch on...
Inside Bahrain

Out of the six ‘rasas’ or tastes as defined in Ayurveda, the Indian science of healing, ‘Katu,’ rasa is pungent taste or very spicy...
Entrepreneurial Journey

Once I was on a holiday tour of Europe. I was accompanied by my wife. We visited many countries and finally arrived in Italy....
PR This Week

Zain Bahrain, a leading telecoms operator in the Kingdom, has implemented a series of precautionary measures to protect both its customers and employees during...
© GO ALIVE MEDIA
MORE STORIES