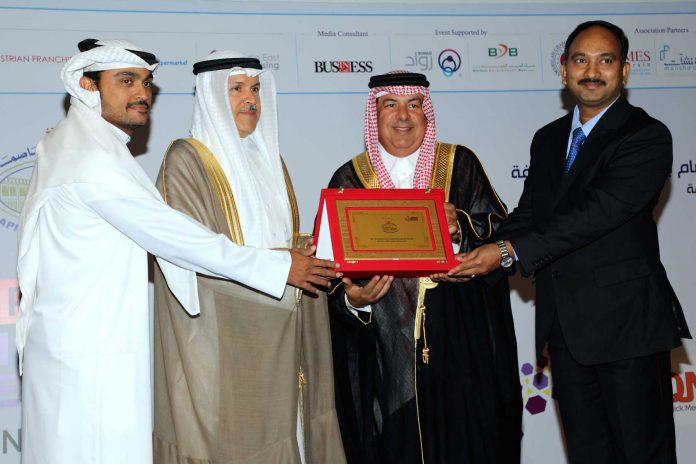 “Bahrain Franchise & Dine Expo 2017”, the first expo of its kind that was held in the Kingdom of Bahrain under the kind patronage of H.E. Shaikh Hisham bin Abdul-Rahman Al-Khalifa, Governor of the Capital Governorate, on 8th & 9th November 2017 at the Conference Centre – Crowne Plaza Bahrain, under its captivating theme ‘Expand Your Global Footprints in the Middle East Market’, concluded its activities with great success. The Expo was supported by Tamkeen as the strategic partner and Talabat as the Platinum Sponsor.

The opening ceremony witnessed a huge crowd of government officials lead by the event’s patron, H.E. Shaikh Hisham bin Abdulrahman Al-Khalifa, Governor of the Capital Governorate accompanied by Mr. Hassan Al-Madani, Deputy Governor of the Capital Governorate, and representatives from Tamkeen, the strategic partner, Talabat, the Platinum Sponsor, Bahrain SMEs Society, and prominent figures from the business community, and from the diplomatic corps, the Ambassador of Italy; H.E Mr. Domenico Bellato, the Ambassador of the Philippines; H.E. Mr. Alfonso A. Ver. and the Ambassador of the Republic of Sri Lanka, H.E. Dr. A. Saj U. Mednis. The expo was attended and enriched by the contributions of regional and international partners and experts in the franchise and dine business, 50+ exhibitors, 100+ brands, and 15+ Speakers, representing more than 20 countries and the strong presence of the respected media.

The expo was inaugurated via a ribbon cutting ceremony, where H.E. Shaikh Hisham bin Abdulrahman cut the red ribbon announcing the start of the expo’s activities. Shaikh Hisham took a round in the exhibition, which included a diverse group of exhibitors, mainly in the food and dine, retail, IT and other different exhibitors, and the strong presence and participation of International consultancy companies in the area of franchising.

Dr. Khalid Al-Sharfa, Founder and Chairman of Middle East & North Africa Franchise Association (MENAFA) and Expo Co-organiser, delivered the opening speech followed by speeches from Mr. Abdulrahim Fakhro, Vice chairman of Bahrain SMEs Society and Ambassador of the Republic of Sri Lanka, H.E. Dr. A. Saj U. Mednis. Furthermore, the opening ceremony was crowned by the launch of a new mobile app. named ‘Citipal’, the first of its kind in Bahrain for supermarket shopping, which was developed in a business collaboration between IBA APPS. of IBA Software House S.P.C. and Al-Muntazah group.   As part of the launching ceremony, Shaikh Hisham raised the curtain on the ‘Citipal’ logo in the presence of both Mr. Alaa Masoud, Founder and CEO, Software House S.P.C. and Mr. Azhar Al-Rawi, General Manager, Al-Muntazah Group, while a short video was also played on the expo’s main screen to illustrate the benefits of ‘Citipal’ and how to use it.

In general, the expo was successful in its different aspects, inclusive of the conference that offered key presenters and experts from a group of regional and international consultancy companies; from 20 countries, including UK, USA, India, Morocco, Canada, New Zealand, Italy, Spain, Austria, Russia, Switzerland, Sri Lanka, Pakistan, Jordan, Kuwait, UAE, Egypt, Turkey, Saudi Arabia and Kingdom of Bahrain. The presentations and workshops revolved around franchising related topics such as “How to choose the right franchise?”, “How to Build a Great Franchise business?”, “How to grow your business?”, “The Value of Support in Franchising & Elements of Successful Franchising”, “The state of the F & B Industry in the GCC Region” and many other related topics. Furthermore, representatives from the Saudi Small & Medium Enterprises Authority (SMEA) and Founding President of Franaccess, Kingdom of Saudi Arabia (KSA), delivered their presentations shedding light on the status quo and future of Franchising in Saudi Arabia.

Dr. Ibrahim M. Janahi, Chief Executive, Tamkeen; the expo’s official strategic partner, reiterated that “Tamkeen, as strategic partner of the Expo, is always keen to support Bahrain enterprises by networking and envisioning development and growth opportunities in the franchising business, which have been clearly highlighted during the different presentations and workshops of the Expo.”

Dr. Janahi confirmed Tamkeen’s role by stating: “Currently, Tamkeen, offers a wide range of Enterprise Schemes that were introduced to support Bahraini entrepreneurs and international enterprises existing and working in the Bahraini market. This support will apparently, pave the way for business growth and diversification of local enterprises to eventually take its place in the franchise market.

“The franchise business is a growing business in the MENA region and the world, offering great business opportunities that Bahrain enterprises can benefit from, be part of and work constantly towards developing and expanding their businesses to access new markets.” Dr. Janahi added. 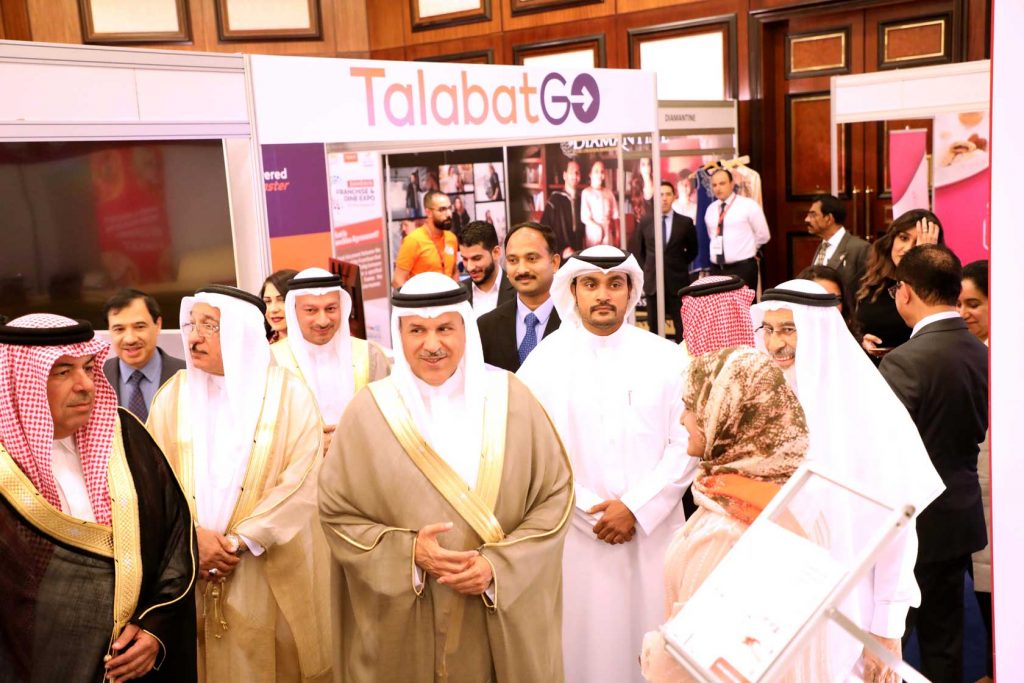 The two day expo was finally concluded on Thursday evening, 9th November with the first ‘Bahrain Franchise Awards’ ceremony, which started with a few key speeches from both co-organisers; Dr. Khalid Al-Sharafa, Founder & Chairman of MENAFA and Mr. Benoy Kumar, Managing Director, QMS, and Italian guest of honour, Mr. Manuel Vescovi, Founder of “Best Franchisee of the World” (BFW) award. The awards ceremony was also blessed with the presence of the Italian Ambassador, H.E. Mr. Domenico Bellato and the Sri Lankan Ambassador, H.E. Dr. A. Saj U. Mednis, and from Spain Mr. José Maria Zapata – Chairman of Don Trofoe, and other local officials including Mr. Abdulrahim Abdulla Al-Abbasi representative of Capital Governorate.

The Franchise Awards Key speaker, Mr. Manuel Vescovi, Founder of the Best Franchisee of the World (BFW) welcomed the audience and thanked the organisers for inviting him then continued to state: “The number of franchisors in the world is about 30,000, while the number of franchise events is only 1500! Furthermore, the number of Franchisees worldwide is about 1,200,000, however, what is the number of franchisee events in the world?! It’s none! This is the reason why the Best Franchisee of the World (BFW) was created in 2010” Mr. Vescovi briefed the audience about the efforts and achievements of BFW saying: “We are now in the process of organising our 7th Edition of the BFW Award taking place in Florence, Italy. We are the organisers of the BFW in Spain, Mexico, France, Italy-Milan, Brazil, Hungary & the USA, and you can follow us to get the latest updates on our website, www.bfw.world.” Mr. Vescovi shared the BFW plans and aspirations about conducting the next event in the GCC by announcing: “Next year, we want to organise the world final in Madrid, while currently, we have serious plans for Bahrain. That said, I am pleased to see Bahrain take its first steps towards growing and expanding in the world of franchising and hope to plan and organise the next BFW Awards in partnership with Quick Media Solutions in Bahrain next year.”