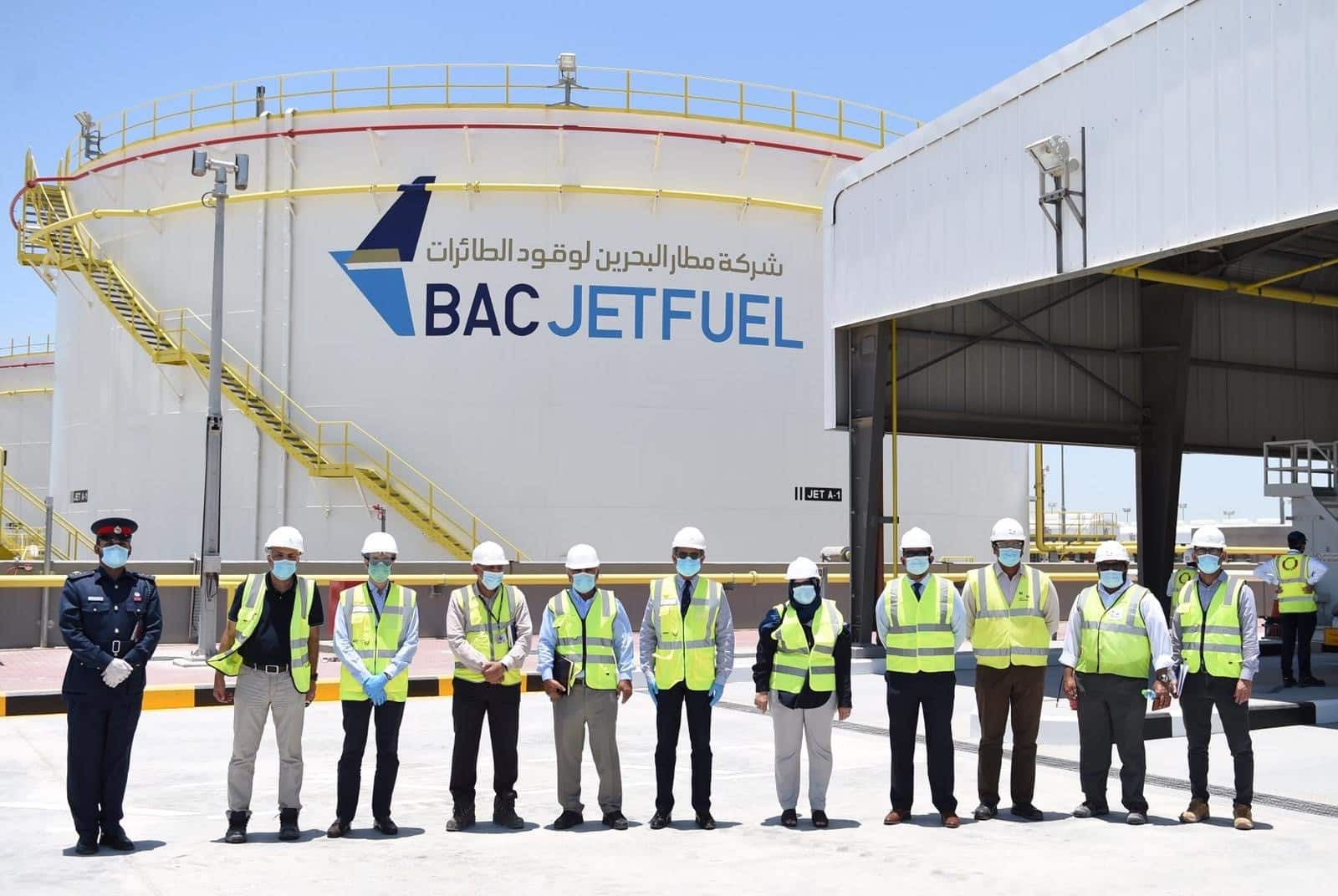 BAC Jet Fuel Company’s (BJFCO) Board of Directors praised the progress of construction work at Bahrain International Airport’s (BIA) new fuel farm complex following an inspection visit to the site, BJFCO announced. The project is now 99.35 percent complete and key systems have been commissioned pending vendor’s certification for taking over.

The board emphasized the importance of the on-schedule finalization of the project, a core component of the Bahrain International Airport’s Airport Modernization Program (AMP), while maintaining the highest levels of safety and quality. The board members were briefed on the latest project milestones, as well as its safety and quality measures, which are in line with international standards.

BJFCO Chairman Mohamed Yousif AlBinfalah said: “We are pleased with the continued progress on this strategic project, which is now in its final stages, and look forward to launching operations later this year. Upon completion, the fuel farm will reinforce Bahrain’s position as one of the most advanced aviation fuel services hubs in the GCC, while also contributing to the national economy, in line with the Kingdom’s Economic Vision 2030. The project complements the ambitious AMP and the development of the Kingdom’s oil and gas sector, adding a state-of-the-art facility to serve airline operators at Bahrain International Airport.”

BJFCO Director and Project Manager Abdul Majeed Al Qassab said: “The strategic importance of this project cannot be overstated. The fuel farm commissioning has reached an advanced stage and we are now working to identify any required operational adjustments ahead of the facility’s inauguration. Health, Safety, Security, and Environment issues remain our top priorities, and we are carefully following all directives issued by the National Task Force for Combating COVID-19.”

Housing three aviation fuel tanks with a capacity of 10,000 cubic meters each, the fuel farm complex covers 77,000 sqm, including dedicated operational buildings. It is equipped with state-of-the-art safety and security features and the latest aviation product handling technologies. It will supply aircraft with fuel through a dedicated hydrant network covering all BIA operational bays.

A joint venture between Bahrain Airport Company (BAC) and The National Oil and Gas Holding Company (Nogaholding), BJFCO was formed in 2016 with the goal of restructuring the Kingdom’s aviation fuel sector, and constructing and managing the fuel farm complex within the vicinity of Bahrain International Airport, as per directives from Bahrain’s senior leadership.