The Ritz-Carlton, Bahrain is rolling out the red...
CultureInside BahrainBahrain takes part in high-level conference 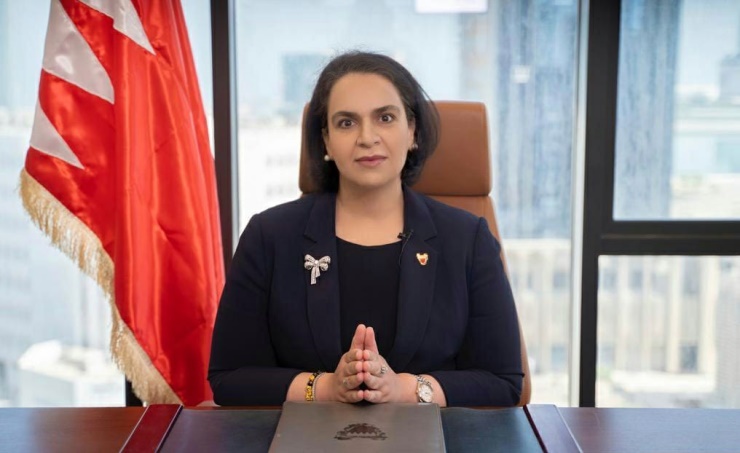 A Bahraini delegation headed by Chief of Strategic Affairs Nancy Jamal Abdulla, took part in the opening of the 2nd High-Level Conference of Heads of Counter-Terrorism Agencies of Member States “Countering and Preventing Terrorism in the Age of Transformative Technologies: Addressing the Challenges of the New Decade”, which was held virtually, organized by the United Nations Office of Counter-Terrorism.

Ambassador Jamal delivered a speech, stressing Bahrain’s unwavering support regarding terrorism and violence issues. She noted that the Kingdom under the vision of His Majesty King Hamad bin Isa Al Khalifa, continues to unify the efforts of its national institutions.

She underlined the Kingdom’s firm approach to combating extremism and terrorism in all its forms, based on the deeply rooted values of pluralism, tolerance, and coexistence in Bahraini society, which stood in the face of terrorism, representing a force that cannot be weakened by any sabotaging extremist efforts.

She noted that the Kingdom’s efforts do not stop at combating terrorism, but rather start from an early stage during which it frames the mechanisms and strategies for dealing with terrorist ideologies that threaten the world.

She added that awareness of the multifaceted aspects of terrorism does not change the Kingdom’s position towards it, but rather intensifies its efforts in cooperation with partners to avert and eradicate the threat of terrorism, believing in the importance of international cooperation and consensus on concepts that are directly related to human life and security.