Under the patronage of the Honorary President...
SocietyPR This WeekBahrain to host Global aviation event “Routes World 2024” 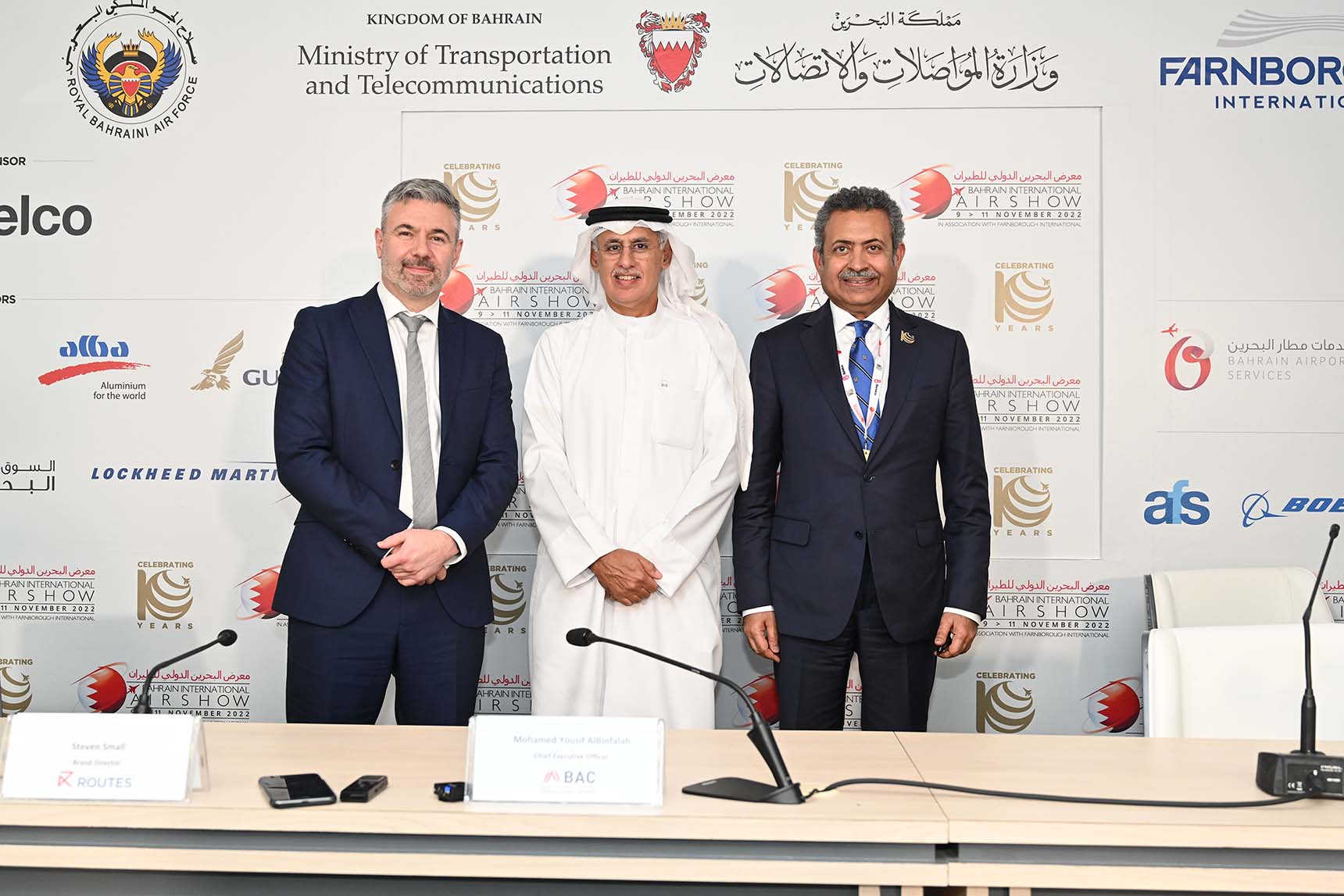 One of the world’s largest and most important aviation conferences, Routes World will take place in the Kingdom of Bahrain for the first time in 2024, Bahrain Airport Company (BAC) announced. Being the host of the 29th annual global route development forum, BAC, the operating and managing body of Bahrain International Airport (BIA), signed the agreement on the second day of Bahrain International Airshow 2022. In attendance were Minister of Industry and Commerce and Gulf Air Group Chairman, His Excellency Zayed bin Rashid Al Zayani, Gulf Air Chief Executive Officer, Captain Waleed Al Alawi and Bahrain Tourism & Exhibitions Authority Chief Executive Officer, Dr. Nasser Qaedi. Over 2,500 decision makers from the world’s airlines, airports, and tourism authorities are expected to attend.

As the leading global route development event, Routes World will deliver a platform for decision makers to develop strategies that will define the future of the world’s air services. The event has had a tangible impact on global connectivity, with more than half of the world’s new air services connected to meetings at the event.

Speaking at a press conference at the Bahrain International Air Show, Steven Small, Director of Routes, said: “Hosting Routes World 2024 will support Bahrain’s Economic Vision 2030 of becoming a globally competitive and sustainable economic centre. Increased air connectivity delivers substantial economic benefits to a destination – driving trade, tourism, investment, labour supply and market efficiency. We are excited that we will bring together the global route development community in one of the most efficient and cost-effective logistic gateways in the region. Having recently completed the Bahrain International Airport Modernization Programme (AMP), this is a destination set to further diversify its tourism offerings.”

Bahrain Airport Company (BAC) Chief Executive Officer, Mohamed Yousif Al Binfalah said: “We are delighted that the Kingdom of Bahrain has been selected as a destination to host this leading global event. It will be the perfect platform to showcase Bahrain and why BIA was recently named the World’s Best New Airport, demonstrate the advanced capabilities of our new Passenger Terminal, and support our goal of attracting more than 14 million visitors each year by defining new global routes and air services. With its advanced infrastructure, facilities, and services, BIA is capable of efficiently meeting Bahrain’s present and future needs, cementing its reputation as one of the key airports in the region.”

Over USD 30 billion worth of investments in strategic projects, including infrastructure and tourism initiatives, are set to catalyse growth and reinforce Bahrain as an international tourism hub. With the launch of the new Passenger Terminal Building, which was named the World’s Best New Airport at the Skytrax 2022 World Airport Awards, Bahrain’s transportation and aviation sector has taken a massive leap forward, bringing the Kingdom closer to its economic diversification and sustainability goals.

The Routes World conference will deliver quantifiable long-term economic benefits for Bahrain, from growth at the city’s airport to increased tourism activity, that cannot be achieved through a traditional conference alone.