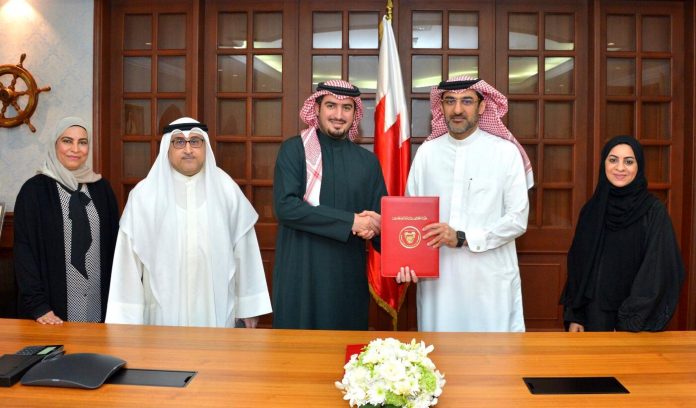 The Bahrain Tourism and Exhibitions Authority (BTEA) has signed a Memorandum of Understanding (MoU) with the Information & eGovernment Authority to implement the fourth phase of the ‘Tourism Statistics Development’ Program. Since 2015, BTEA has been working to develop a national tourism statistics system and the Tourism Satellite Account (TSA), in line with international recommendations and standards of the World Tourism Organization and the United Nations Statistics Division.

Before 2015, there were only rough and fragmented estimates about the tourism sector’s performance in the Kingdom; without taking into account different kinds of tourism sources and tourism activities. However in the three last years alone, by collaborating with various public and private entities, the Kingdom has developed sufficient information concerning the supply and demand in the tourism sector. This milestone achievement was highlighted in the assessments carried out by delegations from World Tourism Organization and the GCC Statistical Center; where the continued progress in tourism statistical reporting and establishment of new data gathering resources in the Kingdom of Bahrain were praised.

Since its launch, the ‘Tourism Statistics Development’ Program has successfully linked hotels electronically to deliver instantaneous and automatically generated data. It has also conducted various surveys to gather information on tourism; namely inbound tourism at Bahrain’s Ports, local tourism and departure of families residing in the Kingdom, cruise ship operators, in addition to statistical coverage of events and tourism festivals.

The Chief Executive Officer of BTEA, H.E. Shaikh Khaled bin Humood Al Khalifa, and the Chief Executive Officer of the Information & eGovernment Authority, Mr. Mohammed Ali Al Qaed, signed an agreement to implement the ‘Tourism Statistics Development’ Program for a full year 2019-2020. The program will include over a thousand tourism facilities located in different areas across Bahrain for a whole year, measuring the production associated with accounts of industries serving incoming visitors in addition to the number of employees in these industries with the percentages of Bahrainization and ratio of females working in the tourism industry. This phase will also focus in implementing a survey to track arrivals through Bahrain’s gateways by interviewing a statistical sample of 30,000 people over 12 months, to take into account the seasonal changes of tourism demand; providing a timeline of spending as well as insight into the types of people and trips.

“The fourth phase of the survey focuses on completing the requirements of internationally recommended frameworks for the sub-tourism account to measure tourism revenue and the added value for the tourism sector. This collaboration comes in line with our efforts to ensure that our plans are based on sound statistical insight to support sustainable tourism development in line with the Kingdom’s Economic 2030 Vision,” said the Chief Executive Officer of BTEA, H.E. Shaikh Khaled bin Humood Al Khalifa.

“The ‘Tourism Statistics Development Program aims to develop a comprehensive database which will determine the growth and development of industry indicators as well the BTEA’s overall contribution to the national economy. In addition to creating increased job opportunities for locals, the Program is the main strategic tool to measure the tourism sector’s impact on the GDP, the national economy and the Balance of Payments (BOP),” he added.

The statistical reports in 2018 revealed that inbound visitors for tourism purposes has reached 12 Million visitors, marking a 5.9% growth compared to the year 2017. The number of tourist nights spent by international visitors has increased by approximately 500,000 nights compared to 2017, and Hotel room stays in four and five star hotels have also increased by about 17%. As for tourism trips from 2015-2018, statistics have revealed that there was an annual increase of about 600,000 trips to Kingdom generating approximately BD 100 million.