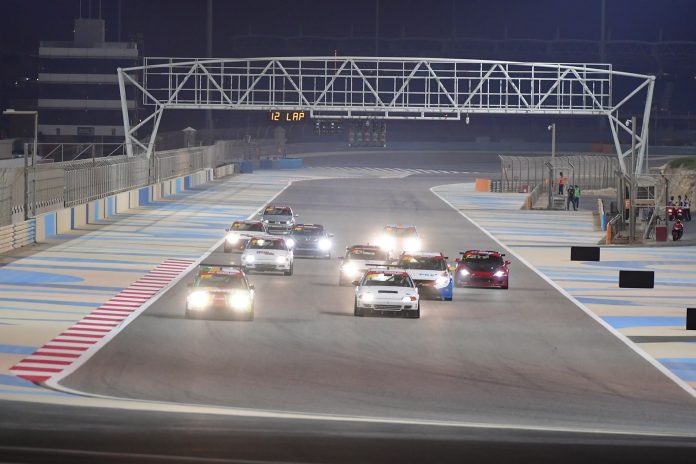 BIC 2,000cc Challenge returns to action with season’s second round

The Middle East’s longest-running circuit racing championship is back in action this weekend at Bahrain International Circuit (BIC) in Sakhir.

The BIC 2,000cc Challenge takes place at “The Home of Motorsport in the Middle East” as part of National Race Day on Friday (Editor’s note: October 16). It will be the second round of the 2020/2021 campaign and it follows a hugely exciting season-opener in which former champion Shaikh Salman bin Isa bin Ebrahim Al Khalifa was dominant.

Shaikh Salman will be hoping to continue from where he left off when action gets underway this meeting with a 30-minute practice at 5.22pm. Qualifying follows at 6.32pm, also set for 30 minutes, determining the grid for the round’s first 12-lap race at 8.13pm. Race two is then scheduled to start at 9.33pm. Podium ceremonies will be held after each sprint.

Shaikh Salman is once again set to go up against a high-quality field that includes other ex-champions Shaikh Hamad bin Isa bin Ebrahim Al Khalifa (Honda Civic), Tareq Al Tajer (Ford Focus), and Raed Himmo (Honda Civic). Al Tajer joined Shaikh Salman on the overall podium for both races in round one, along with Raed Raffii (Honda S2000).

The Novice category’s frontrunners include Wiebke Buelow (Honda Civic) and Martyna Al Qassab (Acura DC5), both the series’ only female drivers who have been excelling amidst the tough competition.

The 2020/2021 BIC 2,000cc Challenge features seven meetings, culminating in April of next year. Round three will be held on the weekend of November 12 to 14 in support of the FIA WEC 8 Hours of Bahrain.

Round four will then be the first event of 2021 on January 8, followed by round five on February 5 and round six on March 5. The season-finale is then slated for April 2.

Friday’s meeting will be taking place with all precautionary measures in place, in line with guidance from the Ministry of Youth and Sports Affairs and the Ministry of Health.

National Race Day is being orgainsed by BIC, in cooperation with the Bahrain Motor Federation and Circuit Racing Club.

Amidst the current health situation, no spectators or guests of participants will be permitted to attend. Entry to BIC is restricted to the registered drivers and their appointed crew.