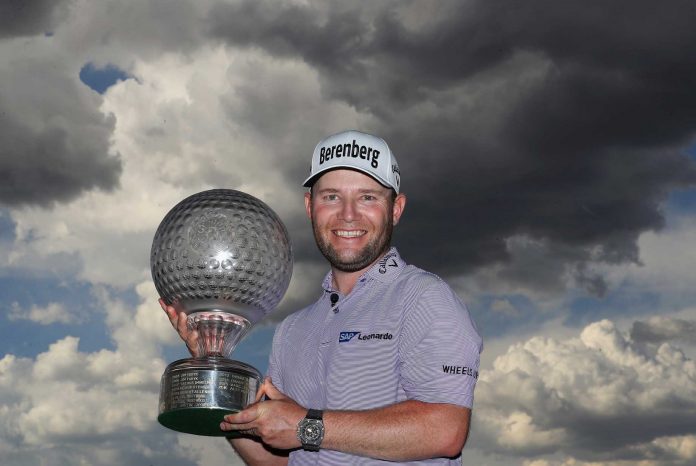 The final group composed of Grace, Victor Dubuisson and Scott Jamieson engaged in an exciting battle on the last day. The trio shared the lead with four holes to play, but an extraordinary 40-foot birdie putt on the 16th moved Branden to the winning score of eleven-under par, one shot ahead of Jamieson.

Branden hit all 18 greens in regulation and recorded a bogey-free final round, as he became South Africa’s first home winner in a decade.

The 29-year old commented: “This is awesome. This is the one event that as a South African you want to win. It’s Africa’s Major for a reason and what a special place it is. There is a lot of history and a lot of great winners on the trophy and I’m very glad to be able to put my name on the trophy as well.”

This victory moved Branden not only into a tie for fourth on the list of all-time South African European Tour winners, but also into the top-10 of the Race to Dubai just before this week’s final event, and into the top-30 of the Official World Golf Ranking.

Gulf Air, the national carrier of the Kingdom of Bahrain, is proudly announcing that it will resume its direct Abu Dhabi and Dubai flights...
Tech

The right channels of communication between authorities and the public can greatly improve speed and excellence in delivery of services. A new channel of...
Wheels and Gears

Zain Bahrain, a leading telecom operator in the Kingdom, is taking a further step in offering the latest technologies through officially launching its 5G...
© GO ALIVE MEDIA
MORE STORIES