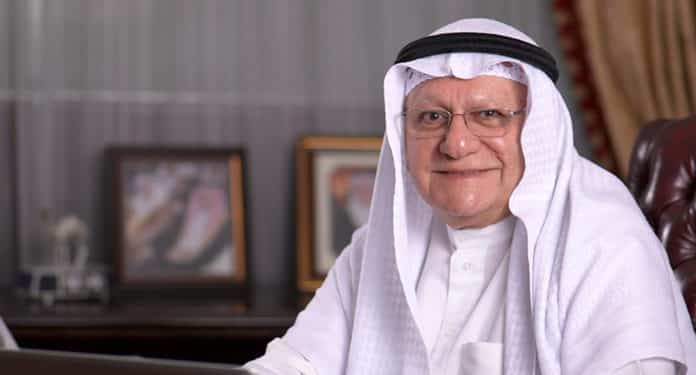 Established in 1940, at the start of World War II, Y. K. Almoayyed & Sons is the result of late Mr. Yousuf Khalil Almoayyed’s vision to create one of the most successful and dynamic business conglomerates in Bahrain. Started as a small trading enterprise in Bab Al Bahrain and with wisdom and foresight he ventured into trading towards tomorrow’s world. Y.K Almoayyed and Sons Group has grown over the past 70 years from a modest one-man shop to one of the most successful and fully diversified commercial organizations in the kingdom of Bahrain with operations in many GCC countries.

ACG was established in 1982 as a separate entity of the parent company in accordance with the Almoayyed policy of intelligent expansion and a vision of creating a full-service enterprise. Today, Y. K. Almoayyed & Sons includes automobiles, electronics & home appliances, heavy equipment, interiors, building materials, industrial & building systems and properties as well as ACG’s sister companies: The National Concrete Company and Ashrafs, which in its several retail outlets represents world renowned brands.

Recently, five Bahraini business families have made the Kingdom proud by being featured on the Forbes list of the top hundred family businesses in the Middle East and inevitably, the highest-ranked Bahraini business on the list is YK Almoayyed and Sons in the 30th place. It’s an immense pleasure and a complete honor to speak to Mr. Farouk Yousuf Almoayyed, the chairman of YK Almoayyed and sons on this occasion.

YK Almoayyed and Sons is the pride of Bahrain, and you’ve made the Kingdom as the center of attention by being in the top list of Forbes, Middle East businessmen in Bahrain. How do you feel and who would you like to dedicate this entire achievement to?

We’re, of course, honored to be featured on the Forbes list of the top hundred family businesses in the Middle East. I’d like to dedicate this honor to my father, late Mr. Yousuf Khalil Almoayyed, the founder, who started the business and developed it until his death in 1996. He was really the inspiration behind all our success.

Can you detail the founding and expansion of the Almoayyed Group over the decades?

Well, my father started the business just before the world war 2. He was helping his father in the pearl business, but he realized that it was a seasonal business. Occasionally, the business went into depression, being a luxury product. So he started importing electrical products from India during the world war 2.

After the world war 2, he went to the UK. He also took the agency of the GEC electrical products and brought the first refrigerators in Bahrain after the introduction of electricity. That’s how it all started. Of course, he developed his business.

We also went to Saudi Arabia, during the1950s and 1960s. They were selling Blackstone engines and pumps there, which were in big demand in Saudi due to the lack of electricity. Father centered his business in Bahrain and got the Ford agency in 1967 and Nissan in 1968. I joined them in 1966. My father trusted me to develop a trail for him and he was really a guiding light.

He was really an educational institute by himself, and he really taught me a lot of things you don’t learn in a University such as to be conservative, to be diligent, and to collect our debt from the market.

How is Almoayyed planning to sustain the kingdom’s economy in the coming years with your experience?

We are one of the biggest car dealers in Bahrain and also now we are one of the biggest construction companies. Of course, we have a lot of properties that are with the Almoayyed Properties. This is our main business, but we have developed, you know, in Dubai and Abu Dhabi. We have varied business experiences and we maintain and try to expand all the time for a profitable business.

In the beginning, there were very few traders in the market. Today, business is very competitive and unless you sharpen your tools and look for opportunities, it will be a difficult business. A lot of businesses have really sort of gone smaller or disappeared. We tried all the time to maintain the technology side. We are now embarking on digitizing everything. You have to watch it.

What’s your message to Bahraini businessmen and the future generation?

My contemporaries need no advice from me since they are as good as me. I have to advise the future generation. I think one of the good things that we should really advise the next generation is to be conservative and not to be over-ambitious and fail. One of the most important things that my father taught me is hard work. Business doesn’t do without it. Some of the new generation business people think that they can work from home or from a telephone. But, I think to go to the office and letting your staff see you are very important. It was very important to me.

Bahrain is a welcoming multicultural society and we feel Bahrain will always be welcoming to any expatriate or visitor. We always love the guidance of our King His Majesty Hamad bin Isa bin Salman al-Khalifa who really loves to see Bahrain being a multicultural society. We are very accepting and this has continued to the modern age.

The Cultural Ambassador for the Korean language in Bahrain: Interview with Zahra Al Safi

The Head of Handicapping at Bahrain’s Horse Racing scene: Interview with Phil Smith