Fourteen vibrant short films have been confirmed for the highly anticipated MUHR Gulf Short category at the Dubai International Film Festival (DIFF), running from 6 – 13 December, 2017. With six further short films added to the lineup, the celebrated competition category will once again treat Festival audiences to captivating and moving short films from across the GCC.

Since its inception, the MUHR Gulf Short category, as part of the prestigious MUHR Awards competition, has served as a catalyst for the creation innovative cinema in the region by showcasing emerging projects to an international audience. Covering universal topics such as love, pride, fear and hope, the 2017 lineup is bursting with cultural nuance and intimate perspectives told through the powerful medium of film.

Iraqi novelist, visual artist and filmmaker Mortada Gzar will present his world premiere of ‘Language’ at DIFF. The animated short film analyses the way war can change our perspectives. ‘Language’ tells the tale of a blind man who stumbles across a bomb-riddled land, attempting to read the holes left by the bombing as the blind would read braille.

Joining Gzar is Saudi Arabian award-winning writer and director Hanaa Saleh Alfassi, who turned heads on the Festival circuit with her short ‘The Last Suhour’ (2016). Alfassi returns with the Enjaaz-supported, coming of age world premiere short film ‘Lollipop’. A 14-year-old girl enters puberty and must begin wearing a full black Niqab. When her school tormentor swipes her jacket, the teenager tries to retrieve it, and, in doing so, discovers the bully’s hidden home abuse at the hands of her father.

Kuwaiti actor, writer, director and producer Ahmad Iraj makes his directorial debut with ’Hatem the Friend of Jassem’. The world premiere short film is a thoughtful look at the fragility of life and the bonds formed from friendship. Jassem, a young Kuwaiti man, picks up his dear Egyptian friend Hatem from the airport. Reconnecting to the land where they grew up, the two catch up and run into another pair of Kuwait-Egyptian sisters on the way out of the airport. A brief spat leads to a freak accident, and Jassem is left to reflect on how quickly life can change. The film stars Rania Shehab. 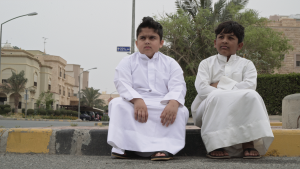 Kuwaiti actor and filmmaker Mousaed Khaled returns to DIFF with the world premiere of his fourth short film ’Saroona’, tackling sibling rivalry and jealousy. Six-year-old Sara tries to run away from home after her mother gives birth to her first sibling.

Making his DIFF debut is Belgian-Iraqi filmmaker Dhyaa Joda with the world premiere of his short film ‘Sabyea’ with the Enjaaz-supported. Until the brutal occupation of Mosul by ISIS in 2014, many did not know of the generations-old Yazidi people living in Iraq. Following the occupation, ISIS appropriated and killed many, selling the Yazidi women into a sex slavery trade amongst the ISIS-occupied territories. ‘Sabyea’ tells the story of one Yazidi woman living in northern Iraq with her only daughter. Alone, after her husband left to fight ISIS, and watching her neighbours flee to safer locations, she decides to stay and fight for her home.

‘The Darkness is a Color’ the short from Saudi Arabian filmmaker Mujtaba Saeed. Making its world premiere at the 2017 Festival, ‘The Darkness is a Color’ tackles fears of aging and loss. It follows 85-year-old hunter Horst, who heads into the forest to find his loyal gundog, Birko. When he is interrupted by a loud bark, he follows its trail deeper into the infinite forest, but soon is lost and his body begins to tire. Horst must look beyond the surrounding darkness and obscurity of the forest to find his way.

DIFF’s Artistic Director Masoud Amralla Al Ali commented: “This year’s lineup is a must-see due to the sheer talent and creativity on display from regional filmmakers. The medium of short film and its unique parameters create poignant stories that continue to captivate and fascinate DIFF audiences.” 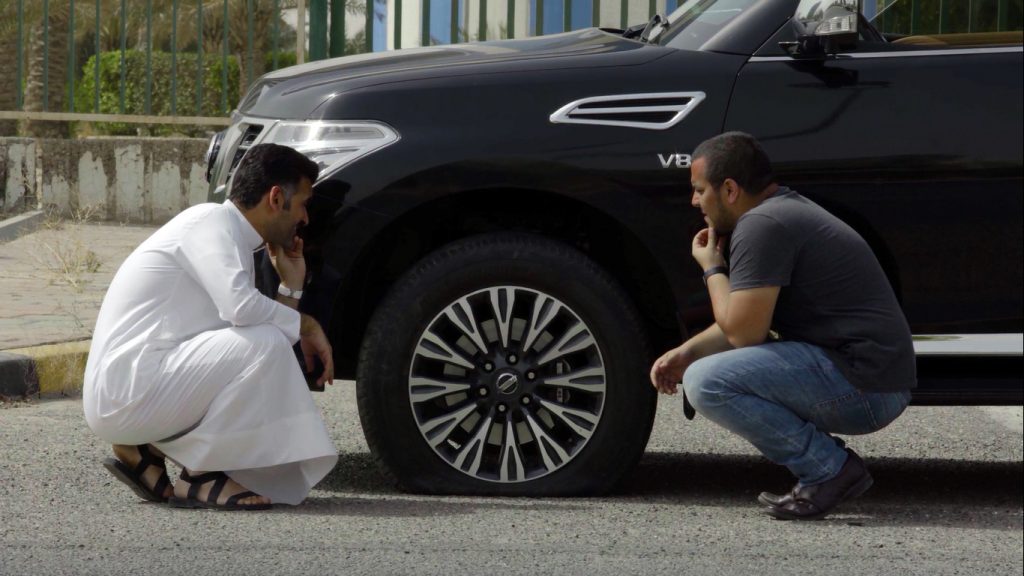 DIFF’s Programmer, Salah Sermini added: “The Muhr Gulf Short category provides a rare platform for regional filmmakers to showcase their work to an international audience at the Festival. Since its inception three years ago, we’ve seen shining stars with innovative approaches to film emerging to share their talents. We are always astonished by the creativity and artistry of our regional filmmakers.”

Ticket packages are on sale now for the 14th edition of the Dubai International Film Festival which will take place from 6 – 13 December, 2017. For more information on the packages and registration for media, students and industry professionals, visit the DIFF website at www.diff.ae.