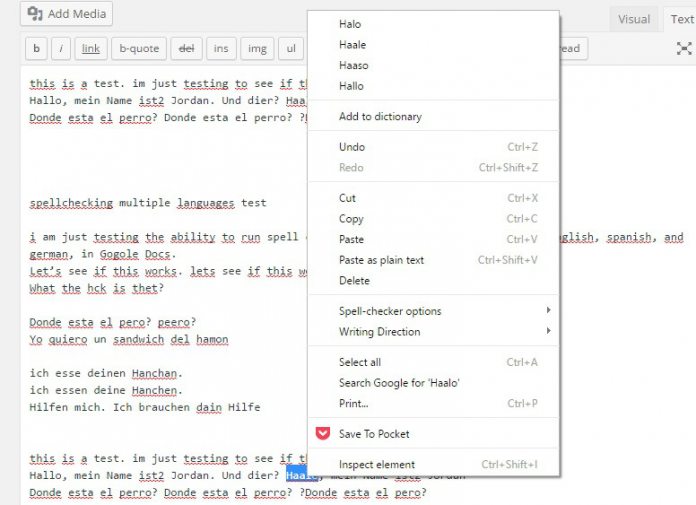 Google has made a useful improvement to its spell-checking in the latest version of the Dev channel of the Chrome browser. You can now run the spell-checker tool for multiple languages at once. The new feature is included in the log for version 45.0.2453.0 of the Chrome Dev channel, which became available.

Once you install this new version, you have to turn on the feature by going to chrome://flags page and clicking the enable button under “Enable Multilingual Spellchecker.” From there, you can go to chrome://settings/languages and add multiple languages, or adjust the spell-checking options in the right-click menu. Note that the feature works only on Windows, Linux, and Chrome OS.

It should be convenient for people who type in multiple languages while using Chrome as more than billion users work on Chrome.

It’s unclear if this feature will be released for the Mac. And there’s no guarantee that it will be rolled out to Chrome’s Beta or Stable channels.