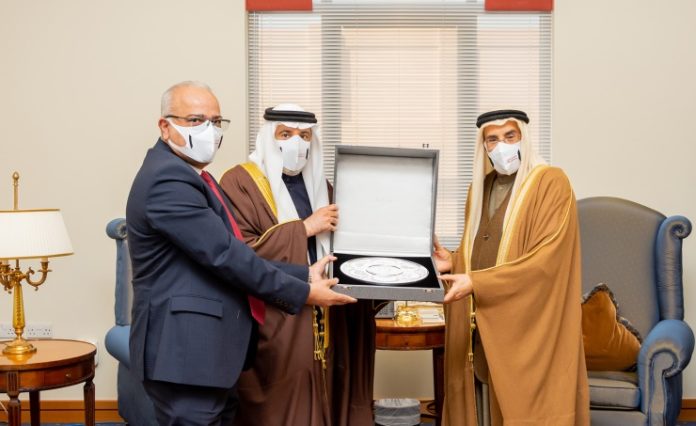 Shaikh Khalid affirmed the importance of the industrial sector and its positive contribution to the gross domestic product, to continue achieving the comprehensive development visions that the Kingdom is witnessing under the leadership of His Majesty King Hamad bin Isa Al Khalifa and the support of His Royal Highness Prince Salman bin Hamad Al Khalifa, Crown Prince and Prime Minister.

He wished Alba continued progress and success, praising the efforts of the chairman and members of the board of directors, the executive management, and all the employees of the company, which is rich in national competencies at a rate of more than 85% of the total employees.

Shaikh Khalid congratulated Alba for announcing that it had set a new production record of more than 1.5 million tons, which is the highest since the start of its operations, stressing his confidence in the company’s ability to continue achieving more, thanks to the expansion it witnessed in its business, and its endeavor to enhance the skills of its employees.

The Chairman of the Board of Directors of Alba thanked the Deputy Premier for his continuous care and follow-up for the benefit of the entire industrial sector in the Kingdom.