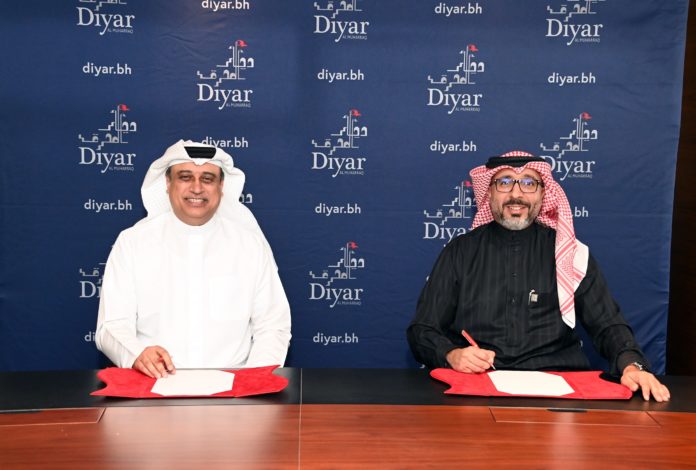 Diyar Al Muharraq, one of the largest real estate developers in the Kingdom of Bahrain, has announced its sponsorship of the Al Ahli Club volleyball team during its participation in the 38th GCC Volleyball Club Championship (men’s category), which will be held in the Kingdom of Bahrain commencing from the 4th to the 13th of March 2022, at the Shaikh Isa bin Rashid Volleyball Hall.

The signing of the sponsorship agreement was held at Diyar’s main headquarters, attended by Mr. Khalid Ibrahim Kanoo, Chairman of Al Ahli Club, and Eng. Ahmed Ali Alammadi, Chief Executive Officer of Diyar Al Muharraq, with the presence of other officials from both parties.

Expressing his appreciation of Diyar’s support and sponsorship of the championship, Mr. Khalid Ibrahim Kanoo, Chairman of Al Ahli Club, said, “We would like to extend our utmost thanks and gratitude to Diyar Al Muharraq for its sponsorship of the Club’s volleyball team during this significant regional event. Diyar plays an integral role in the advancement of various sectors within the Kingdom of Bahrain, including its continuous financial and moral support of the sports and Bahraini youth.”

Commenting on this occasion, Eng. Ahmed Ali Alammadi, Chief Executive Officer of Diyar Al Muharraq, stated, “We are proud to sponsor Al Ahli volleyball team and support its participation in the upcoming GCC Volleyball Club Championship tournaments, which is a noteworthy event with a long-standing history in the world of sports, both on a national and regional level. This initiative reflects our ingrained desire to playing an active role in the growth of all sectors within the Kingdom of Bahrain, including supporting the youth and sports segment, which is deeply rooted from our social responsibility efforts geared towards our beloved Kingdom.”

Al Ahli Club is one of the oldest sport clubs in Bahrain, dating back to 1936. During the 1970’s, the Club received the support of His Majesty King Hamad bin Isa Al Khallifa, the Crown Prince at the time, to open its official headquarters in Al Zubarah Street, marking the starting point of its many milestones in various sport activities, including football, handball, volleyball, basketball, and athletics.

BPO Trends and Expectations in 2022