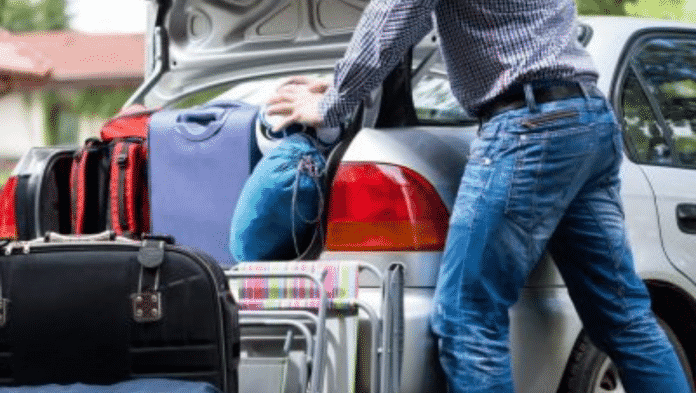 With vehicular traffic on the rise on all highways and byways in Bahrain there has been a decline in the road etiquette among drivers and the race to get ahead has become the norm. People are sometimes on edge as they negotiate the long queues of cars and trucks at traffic lights and roundabouts, try to squeeze past yellow boxes and experiment with all manner of devious ways to beat the red signal.

In such a scenario vehicles often tend to ignore the rule of breathing space and minimum distance between each other which can be dangerous if a vehicle is badly or inappropriately loaded or the pets or children are ‘hanging out’ of a vehicle for fun or out of curiosity.

A car has only so much space. Even a 4WD despite all the claims made in adverts eventually has only so much room. The first rule is never to load so much in the car boot that you should have to keep the lid open. This is dangerous on many counts. Some of the items may fall out onto the road if not properly tied up or packed. More significantly an open boot lid blocks the driver’s view of the traffic in the back because rearview mirrors can help only to a limited extent. If loading on top of the car in the purpose-built fixture, like many people going on pilgrimage to Saudi Arabia do, the luggage has to be tied up securely. And nothing must protrude beyond the limits of the vehicle. A protruding bar, rod, suitcase or trunk may hit or graze with a fast-moving vehicle with an accident or damage which may prove to be costly.

There are also daring and innovative people who try to carry rods, sticks, tubes etc. which won’t fit into their car by letting them protrude out of the windows. They do not realise that this is highly dangerous but also illegal. Image if the road were to hit a passerby or come in the way of another vehicle!

Children must not be seated in the front and the little ones should be seated and strapped in a baby chair suitable to their size. But sometimes children in the back seat who have outgrown the age of the baby chair tend to lean out of the windows, waving hands to all and sundry and, space permitting, even leaning out. You must curb this behaviour on their part. A car or truck or bus swishing pas your vehicle may result in a disaster you may rue all your life. Train growing children never to lean out of the car or put their hands out. And the same goes for the family pets. Be sure their heads and paws are well inside the car.