The Chinese culture themed ceremony heralded the start of the Summer Surprise Month in grand style as a true reflection of the occasions that the festival seeks to celebrate; the completion of the first quarter since Dragon City’s inauguration and the successful consolidation, during that time, of its position as a melting-pot of fusing cultures and as the preferred destination of choice for all requirements of the people of Bahrain and its neighbouring countries, both wholesale and retail. The ceremony was attended by dignitaries and exclusively invited guests of Dragon City management, along with members of the local media, in the presence of visitors.

To elaborate on the traditions of Chinese culture and the beauty encompassed in its heritage, the opening ceremony included the opportunity to engage in Chinese tea-making alongside specialized professionals and the chance to witness the almost ethereal, ancient art of Chinese calligraphy in all its glory. Guests also get to attend an exhilarating show put on by masters of the Chinese martial art, Tai chi, as they are given the privilege to experience one of China’s most defining characteristics that has been ever-present throughout its illustrious history.

Speaking on the occasion, Mr. Patrick Zheng Shuo, General Manager of Chinamex Middle East Investment & Trade Company Limited, the operating company of Dragon City, said: “With a whole host of entertainment opportunities in store throughout the month, we are proud to welcome everyone to our latest offering, the Summer Surprise Month. On behalf of Dragon City, I would like to express my deepest gratitude to everyone involved right from the beginning for their sincere commitment and hard work and to everyone present for their genuine interest and show of support.”

“In order to embellish our aim of creating the most memorable moments of perfection for our customers this summer, we have plenty of rewarding experiences that include our promotions that furnish them with the chance to win gifts, instantly making their trip worth the while. We look forward to a month well spent by our deserving customers as they revel in the stimulating features of the Summer Surprise Month and eagerly anticipate big smiles all around,” he added.

Just like the edge that Dragon City holds in the Kingdom of Bahrain in that it is an all-inclusive, unique offering that sets benchmark standards in its wake, the Summer Surprise Month is set to be a distinctive festival that is extraordinary in its features. Packed with enthralling experiences that range from a Chinese Auto Spare Parts and Accessories exhibition that will last up to the 21st of May, and an exclusive Chinese Art and Craft show on the 26th of May, 2016, to fun-filled activities such as Cupcake decoration and an indoor Kids Cinema on different dates throughout the month, Summer Surprise Month is set to be the highlight of this summer. 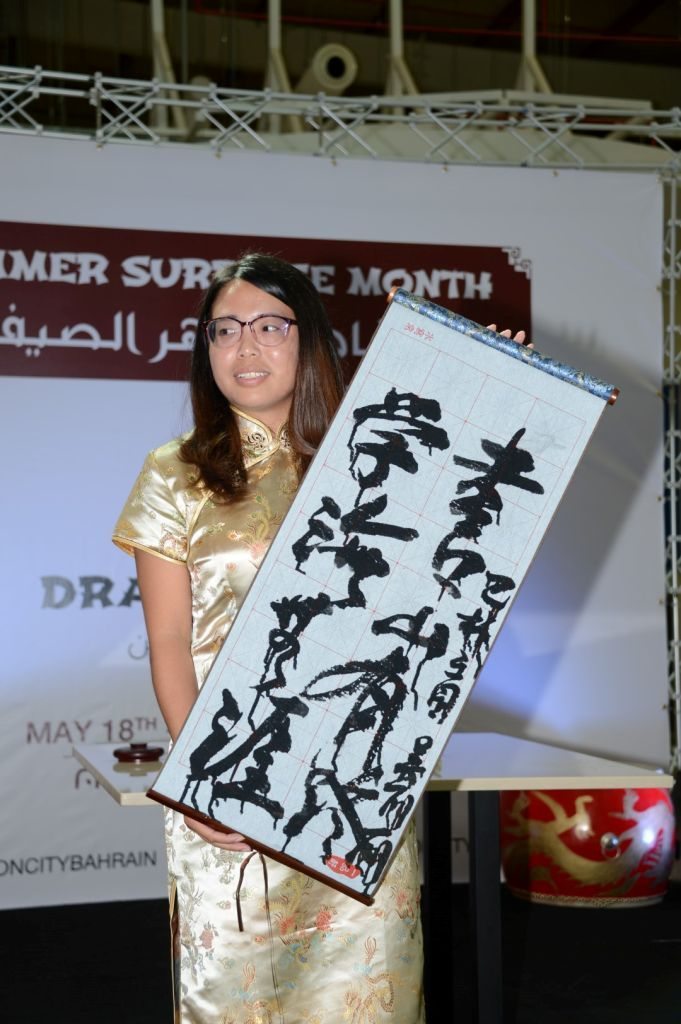 Amongst the other exciting events that will follow through the course the campaign, Summer Surprise Month will also include highly rewarding promotions in its itinerary for the month. With over 240 outlets participating, customers will be given the chance to win instant gifts with every purchase of BD 20 in any of the participating shops at Dragon City

Dragon City is a first of its kind development that encompasses over 787 commercial units, making it the largest wholesale and retail trading centre in the Kingdom of Bahrain. Situated to the South-West of Diyar Al Muharraq in close proximity to Bahrain’s International Airport, the state-of-the-art Khalifa Bin Salman Port and the Capital of the Kingdom of Bahrain, Manama, Dragon City caters to customers from both the Kingdom and beyond.