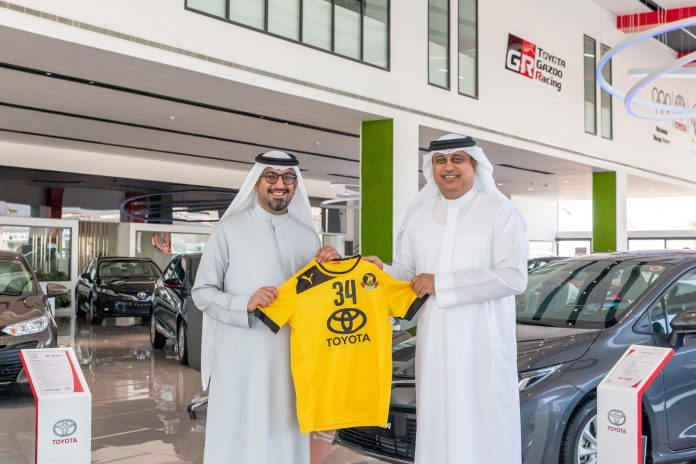 Ebrahim K. Kanoo, the leading automotive retail and services provider, and exclusive distributor of Toyota vehicles in Bahrain has extended its support to the Al-Ahli Sports Club, in line with its ongoing social commitments to the local community.

Ebrahim K. Kanoo Board Member, Mr. Khaled Fuad Kanoo welcomed Al-Ahli Sports Club’s Board Chairman Khalid Ebrahim Kanoo at the Toyota Showroom in Sitra where they discussed plans for the club and its various sports teams. Mr. Khaled highlighted the importance of the club stating, “Al-Ahli Sports Club is one of the main pillars of the local sports community, nurturing many of the country’s top athletes and giving countless others the right environment to foster growth and community engagement. This sponsorship is in line with Ebrahim K. Kanoo and Toyota’s desire to help local sportsmen and women at the grassroots level, providing the infrastructure that gives them the opportunity to prove themselves and put the kingdom on the world stage.”

The Club Chairman praised the company’s unwavering commitment to the club which was founded in 1963. The Al-Ahli club is one of the oldest sports clubs in the kingdom and boasts a successful football, basketball, volleyball and handball team.