It is interesting to note how food...
SocietyPR This WeekEducation Minister lays foundation stone for Awali National School 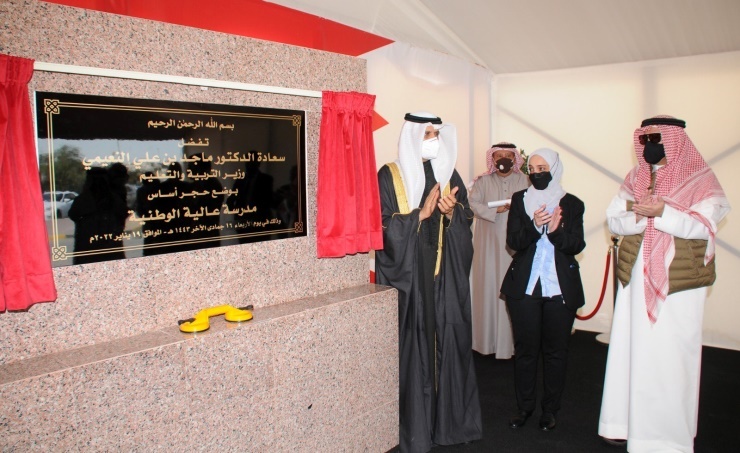 Education Minister, Dr. Majid bin Ali Al-Nuaimi, has affirmed that the education of children with special needs in Bahrain enjoys the full support of His Majesty King Hamad bin Isa Al Khalifa, and His Royal Highness Prince Salman bin Hamad Al Khalifa, the Crown Prince and Prime Minister, noting that many schools are delivering distinguished services to this segment.

Dr. Al-Nuaimi was speaking while patronising the foundation stone laying ceremony for the Awali National School, in the presence of Dr. Shaikha Rania bint Ali Al Khalifa, the Chairperson of the Bahrain Society for Children with Behavioural and Communication Difficulties, and founder of the Alia National School, in addition to a number of Education Ministry’s officials and the school’s board members.

He indicated that the Ministry of Education has provided all kinds of support to the Alia National School since its establishment in 2006, out of its belief in its important role in providing distinguished educational services to children with special needs.

The minister asserted that the establishment of the Awali National School confirms the kingdom’s continuous educational services to students with autism spectrum disorder, as many of them have been integrated into classes with their peers in government schools, and a class was recently opened for them in the intermediate stage.

He pointed out that the Education Ministry provides its services to various categories of students with special needs at schools, including those with mild mental disabilities, Down syndrome and visual and hearing disabilities.

He added that during the spread of the novel Coronavirus pandemic, the Ministry of Education continued providing educational services to all students, including those with special needs, noting that more than 28,000 lessons have been delivered to them, and their own educational YouTube channel was launched.

Representative of the Alia National School, Fathi Mattar, delivered a statement in which he commended the tremendous efforts exerted by the Minister of Education to enhance the level of education in the kingdom, placing it among advanced countries in this field, citing Dr. Al-Nuaimi’s interest in integrating students with special needs in public schools, and support for the national schools delivering such type of education.

He said that the Alia School which used to have a limited number of classes, now has many classes covering all educational stages with as many as 450 students, adding that the Awali National School will accommodate up to 1,200 upon completion.

Then, the Minister laid the foundation stone for the Awali National School, which includes all stages, from kindergarten to secondary school.

Established in 2006, the Alia National School provides educational services to integrate students with special needs in an educational environment that takes into account their circumstances and caters to their needs.