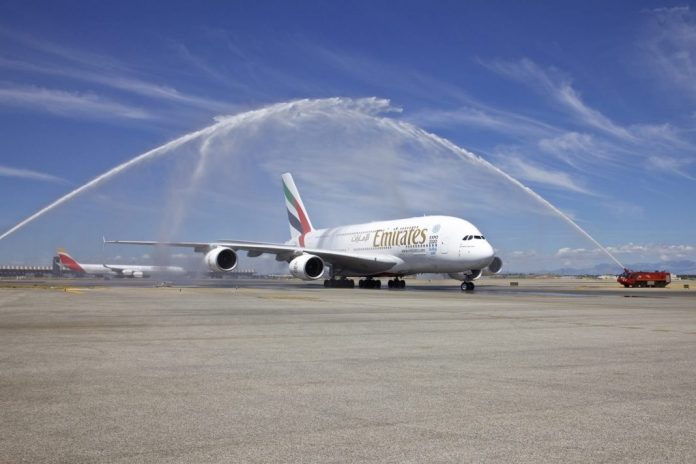 With the launch of a daily A380 flight to Madrid, Emirates’ A380 route network has been extended even further. Madrid is now the 35th international A380 destination on the airline’s network.

Emirates is the first airline to offer a scheduled A380 service to Madrid which coincides with the five year anniversary of the airline’s Spanish operations. The new A380 flight will add 2,900 seats per week between Dubai and Madrid, bringing the total number of weekly seats to and from Spain to over 22,000.

“In the last five years we have progressively built up our services to Spain, responding to strong demand by bringing our flagship A380 to not one but now two Spanish cities, Barcelona and Madrid. Emirates has carried more than 2.3 million passengers between Dubai and Spain since our launch and the introduction of this A380 will add much needed seat capacity on the route,” said Fernando Suarez de Gongora, Country Manager Spain.

The Director of Madrid’s Chamber of Commerce, Carlos Prieto said: “I am convinced that having the Emirates A380 between Madrid and Dubai will help further boost trade links between Spain and the UAE as well as the wider Middle East region. The increased capacity offered by this aircraft will also act as a conduit to promoting Madrid and its region as a prime tourist destination across Emirates’ extensive network in the Far East and Australasia.”