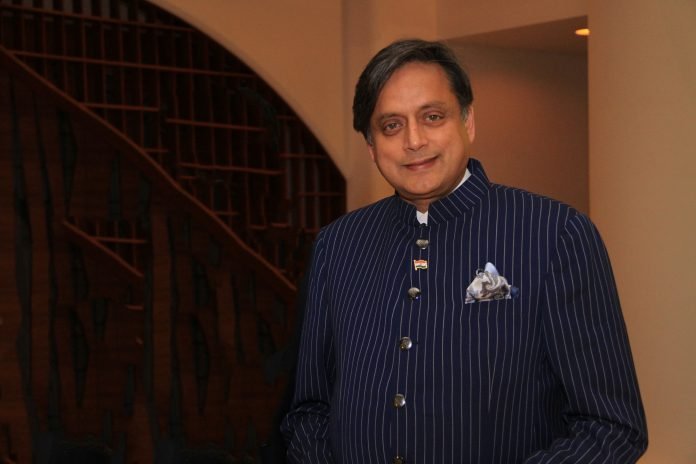 Exclusive Interview with Dr Shashi Tharoor : A True Citizen of the World

Dr Shashi Tharoor, an Indian politician, writer and a former international diplomat, recently visited the Kingdom. He currently serves as a Member of Parliament in India representing Thiruvananthapuram, Kerala and Chairman of the Parliamentary Standing Committee on External Affairs.

He is also the former UN Undersecretary General for Communications and Public Information under the leadership of late Mr. Kofi Annan. During his 30 years of career at the UN, Dr Tharoor focussed on improving global peace, refugee rehabilitation and administration.

The acclaimed author has published hundreds of columns, articles and 18 bestselling works of fiction and non-fiction, related to India, and its history, culture, film, politics, society, foreign policy, and more related themes.

In an exclusive interview with Bahrain This Week, which is the first detailed interview given to any media in Bahrain, Dr Tharoor details the role played by Bahrain in merging diverse cultures, the role of a global citizen, and a glimpse into his future plans.

During the time of globalisation, what’s the role played by Bahrain in merging diverse cultures?

Bahrain is an outstanding example of merging cultures from different countries and it is quite remarkable.

From the moment you step out of your plane, into the conference like the ‘Unreasonable Thinking Summit’, you will see every nationality being represented here.

I was hearing about the Startup Week being launched here and 2500 delegates are expected to participate from different parts of the world. Bahrain seems to be a merging hub for entrepreneurship, innovations, startups and so. That to my mind is a very positive role that the Gulf countries and Bahrain in particular play!

Do you believe that regional hierarchy exists in a global community?

Where the West is among the advanced economies, the industrial societies, democracies, the East is among the rising powers like China, Korea, Japan and South East Asia. India to some degree is coming up in that category. The MENA region is in the middle of these two.

The MENA region and especially Africa has tremendous potential and many of their economies are in much better shape than many people realise.

I would say, take advantage of your location since you can head to any direction from here. Fortunately, countries like Bahrain are calm in the region, not caught up in the kind of conflict that have developed in Syria, and even in Lebanon.

Here’s the moment to build, a real region of prosperity through an international bond. 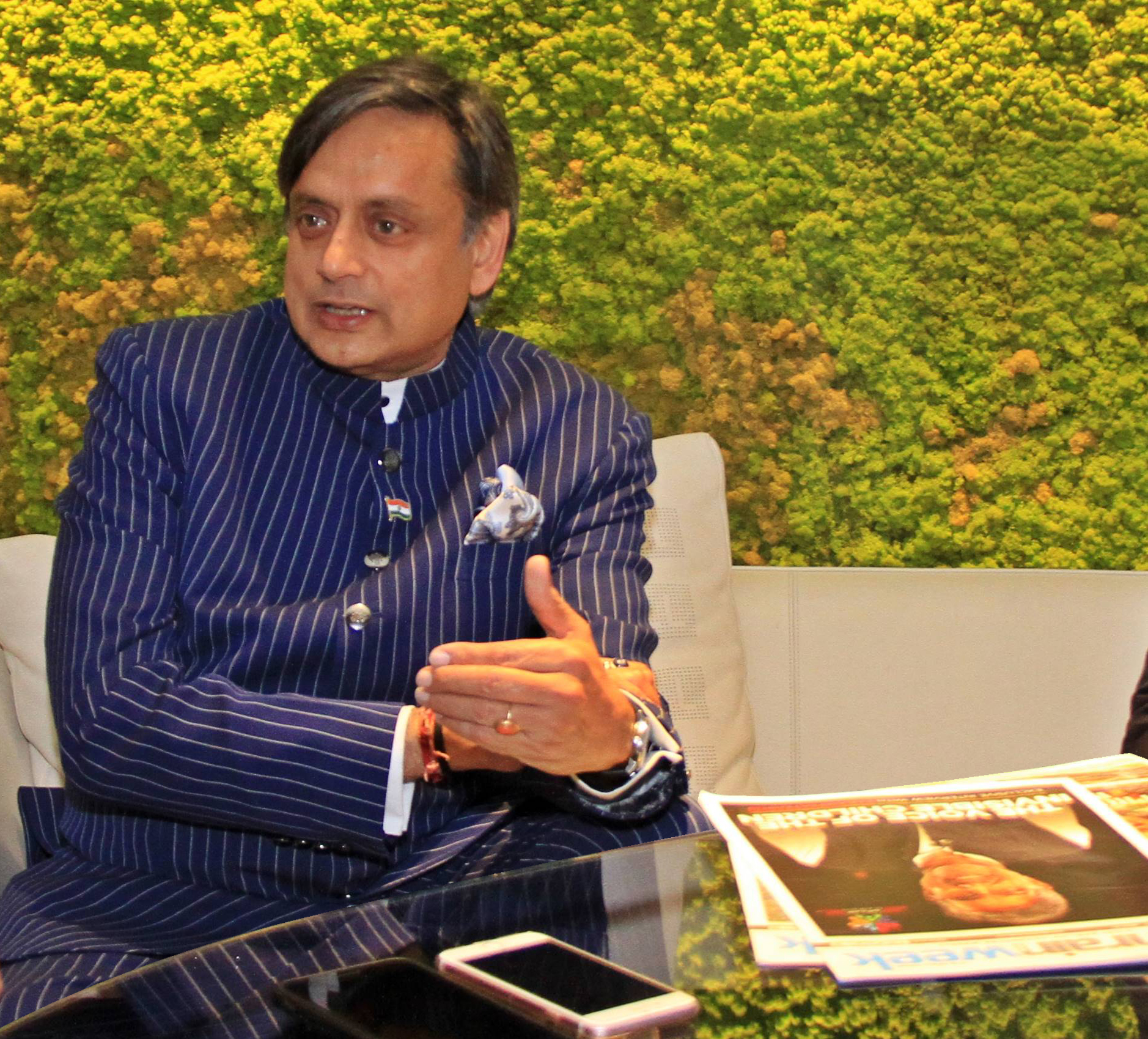 How do you consider the increase in religious disparities during globalisation?

Partly it’s true, but not entirely. For instance, when I was growing up, there were a lot of conflicts between Catholics and Protestants in Ireland, which you don’t hear about anymore!

Yes, we are hearing about other religious conflicts. But these tend to be somewhat psychical. The undoubted truth is that when the ideological battle of cold war ended, it lifted other issues that had been suppressed. All regional aspirations, religious aspirations and sub chauvinism came to the fore, which today is in full bloom.

I don’t think it will be a permanent phenomenon and it will pass. But, while it is there, it is tough to live with that as it is manifested also through phenomena like terrorism. When you cannot protect yourself against terrorism, you are doomed and you cannot ignore it.

Religion or region, which influences the lives of the global citizens on these days?

Globally, there is no ‘one’ answer. There is a bit of backlash against the cosmopolitanism that the globalisation has promoted. Globalisation tries to create the idea of ‘Davos Man.’ People all around the world meet and recognise what they have more in common than being separate.

Any message or policy begins to wear off when there are winners and losers based on economy. The losers start to resent everything that has to do with globalisation. That’s when you have someone like American phenomenon of Mr. Donald Trump, the British vote for Brexit, Mr. Erdogan in Turkey, Mr. Modi in India, and many other examples as in Hungary, Greece and all sorts of places, which claim to be speaking for the greater authenticity in their countries.

So it wasn’t always just religion, but ethnic nationalism, religious nationalism, national pride in chauvinism all caught up together in a re-assertion, saying it’s more important to be a true Turk, a  true Indian or a true European or a true British or make America great again rather than being a cosmopolitan or a true citizen of the world.

Often those who call themselves as global citizens have no idea of what true citizenship means! 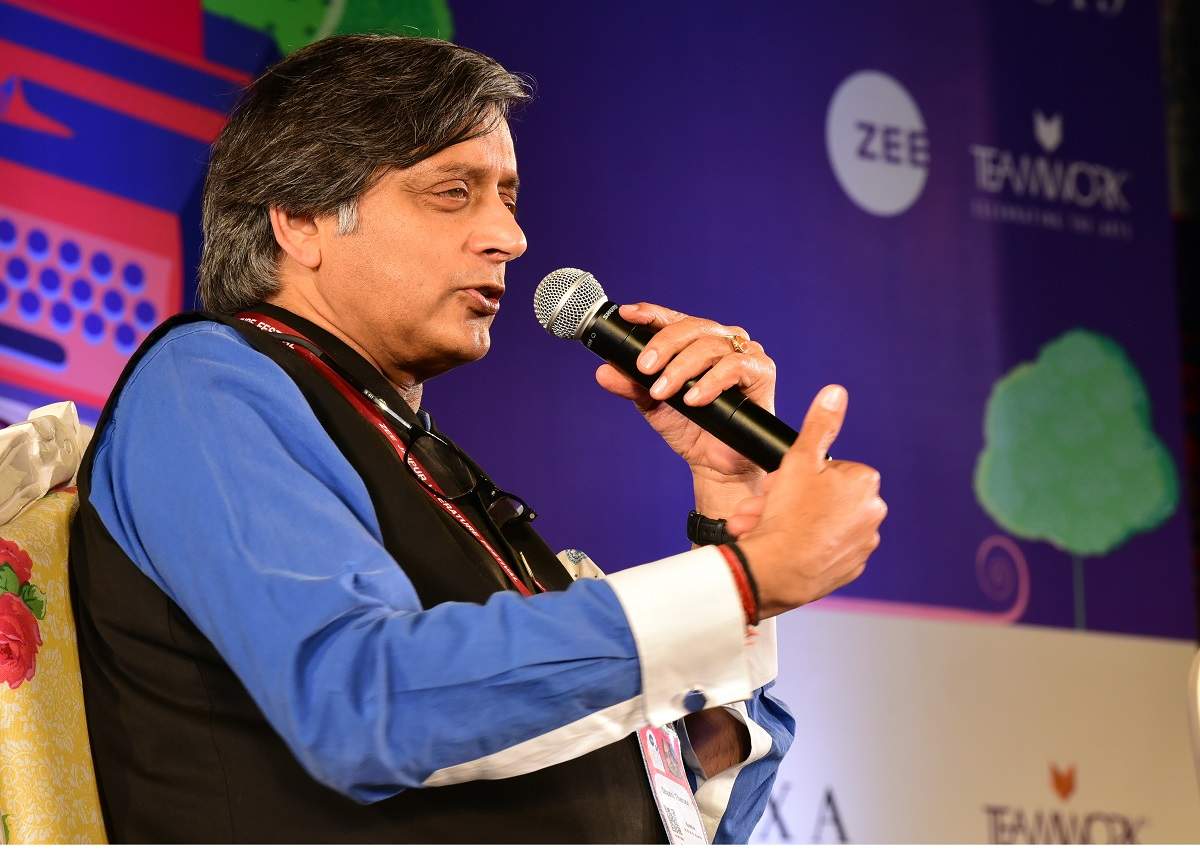 You are known for using rarely used words and terms in your speeches and books. Is it a way to attract your readers to the world words?

There are various levels to answer that!

The entire purpose of the communication is to understand. If you speak in words that no one understands, there is no point. I do really try to speak with clarity and precision, so that people understand what I am saying. Having said that there are people who don’t understand words said with clarity and precision. So, what I consider clearly emphasize may be a difficult word for someone else. So, the first basic point is that I use the most accurate word to communicate a particular idea precisely.

Another level of answer is that when I deliberately use the so called unusual and complicated words, it is for fun than anything else. When I choose to say my newly released Indian book “The Paradoxical Prime Minister” is more than 500  pages of word exercise, but “floccinaucinihilipilification”, immediately the word got notified and through that word, my book got more publicity than it would have otherwise got. That’s the sort of words I would use for fun.

I would say that I don’t particularly relish the young children being forced by their parents to learn these words by heart so that they can come up and tell it to me whenever we meet and take a video of that. That is more like a party trick! Far more important is to have a real curiosity, real knowledge and real reading. When you read, your vocabulary automatically increases, and you understand the same word in four different contexts. The person who reads more books in a year will have more vocabulary than a person who reads one book. I would encourage people to read more books than studying more words.

Are you working on any book at the moment?

Nothing until the Indian elections. My priority now is to focus on India’s future!

Bahrain’s own Isa Najem has raised the prestige of the Kingdom in the global music platform by winning the “Best Original Music Score” by...
Read more
Spotlight

Dedicated to Bahrain with Passion, Interview with Dr. Fatima Albalooshi

A passionate humanitarian, Dr. Fatima Albalooshi was named as the fourth most influential woman in government in the Middle East by Forbes in 2014....
Read more
Spotlight

Mr. Faisal Alireza, Chairman of Global Travels is a prominent figure in the business community in Bahrain. Hailing from the Alireza family, understanding and...
Read more
Spotlight

American Mission Hospital (AMH) is a leading icon in Bahrain’s healthcare for over a century. Since its inception, AMH has been providing supreme quality...
Read more

Gulf Air - the Kingdom of Bahrain’s national carrier – in line with its boutique strategy to add boutique leisure destinations to its network,...
Read more
Yoga

In Ayurvedic tradition the Kapha Dosha are the mind and body type associated with earth and water. It entails structure and stability in the...
Beauty

In line with the directives of HM King Hamad bin Isa bin Salman Al Khalifa to the government to undertake the development of a...
Management Principles

"They know that the sea is dangerous and the storm terrible, but they have never found these dangers sufficient reason for remaining ashore." -...
Tech

Batelco has concluded the 'Duel Game' competition which formed part of its ‘Fact of the Day Service' campaign. Prizes ranged from daily to weekly...
Uncategorized