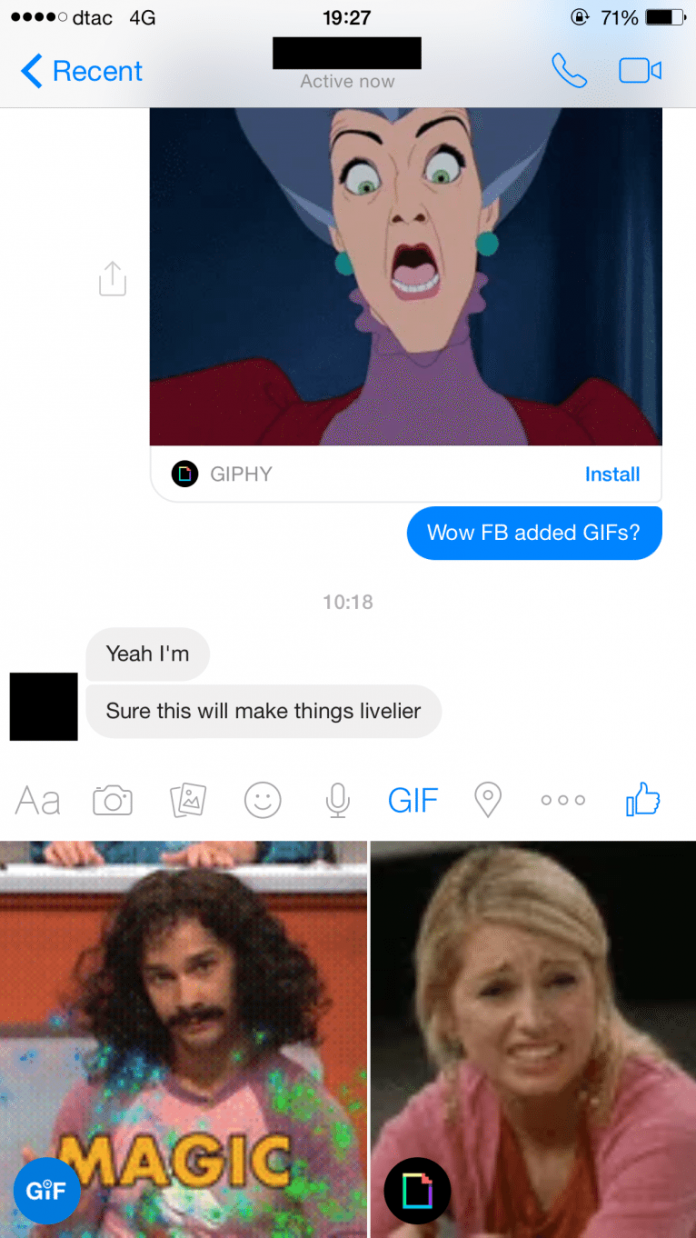 Facebook really wants you to use GIFs inside Messenger. The company recently unleashed series of GIF apps from third parties which work inside Messenger, as part of its messenger initiative.

Facebook is testing a dedicated GIF button which allows users to find and send moving images in two taps. That’s much easier than the current setup, which includes a fair amount of friction since users are required to download and use a dedicated app in addition to Messenger just to share content.

The GIF button, which began appearing last week to some of Messenger’s 600 million monthly active users, is more practical. It skims a number of trending GIFs from Giphy and Riffsy — the two companies that produced dedicated apps for Messenger — and serves them up for easy sharing without the need to leave the Messenger app.

The downside is, of course, that your selection of GIFs is more limited.

Interestingly, once sent, the GIFs include a link to download either GIF for Messenger (Riffsy) or Giphy for Messenger, as you can see in the screenshot above. Is that prompt an indicator that these GIF apps have received a lukewarm response from Messenger users? That’s one possible conclusion.

Y.K. Almoayyed & Sons, the sole distributor of Renault vehicles in the Kingdom of Bahrain hosted a special delivery ceremony in Bahrain to hand...
Read more
Inside Bahrain