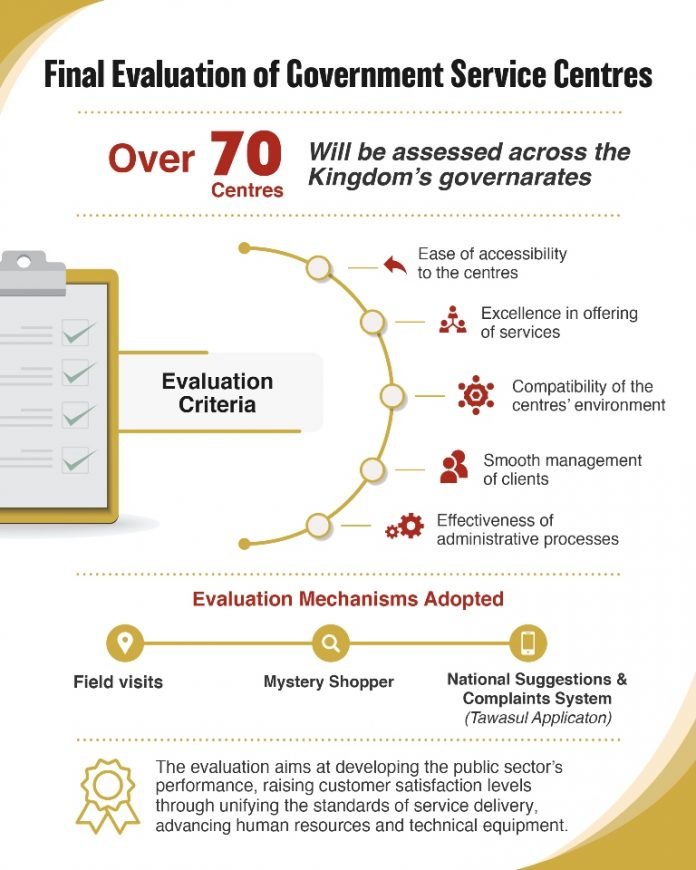 The final evaluation of government service centres commenced on 27th, Aug, led by the Government Service Center Evaluation Committee, which was set up following the directives of His Royal Highness Prince Salman bin Hamad Al Khalifa the Crown Prince, Deputy Supreme Commander and First Deputy Prime Minister, to enhance the standards and competence of government services.

“The assessment, which will span over two weeks, will cover over 70 centers across the Kingdom, through various methods including field visits, mystery shoppers, and specific QR code evaluation surveys conducted via the National Suggestions and Complaints System application (Tawasul)” stated the Chairman of the Government Services Centers Committee, Mr. Mohamed Ali AlQaed, Chief Executive of the Information & eGovernment Authority. 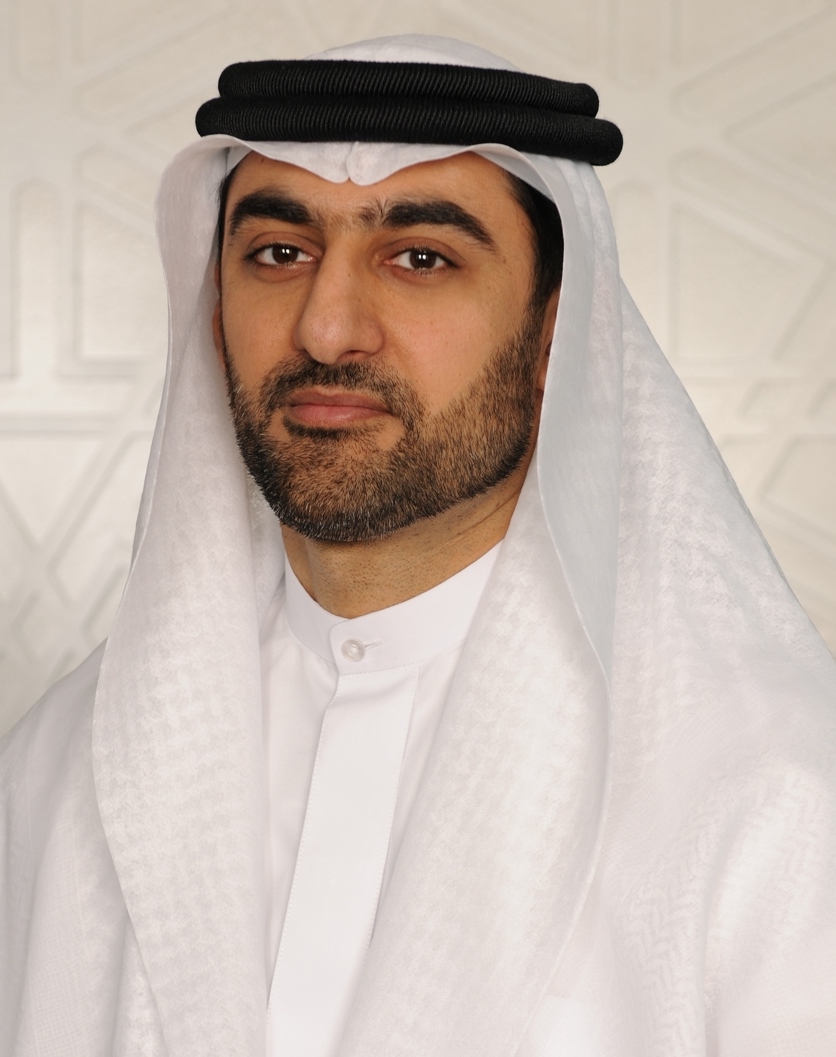 AlQaed added that the evaluation process aims at developing the public sector performance, raising customer satisfaction levels through unifying the standards of services delivery, advancing human resources and technical equipment, which enhances transparency, competitiveness and creativity, in line with the Government Action Plan.

AlQaed further stressed the importance of collaborative government efforts to achieve the committee’s objectives in improving the level of public services offered to beneficiaries.

The Chairman shed light on the previous efforts excreted by the committee, prior to the final phase of evaluation. He added that in December 2017 the Government Service Centers Evaluation Booklet was approved and in January 2018 the committee approved the evaluation plan, along with the general guidelines and field visits.

The National Taskforce for Combating the Coronavirus (COVID-19) held a press conference at the Crown Prince Centre for Training and Medical Research at the...
Read more
PR This Week

The Ministry of Health has announced the timings of the health centres and the Salmaniya Medical Complex (SMC) during Eid Al Fitr holiday as...
Inside Bahrain

Eid Al Fitr will be on Sunday, the moon-sighting committee has announced. In a statement, the committee, made up of four well-known religious scholars, said...
Wheels and Gears

The Open Government Partnership, an international multilateral initiative based in Washington, DC, has listed 13 Bahraini initiatives as examples to address the Coronavirus pandemic...
PR This Week

As part of its efforts to contribute towards serving members of society during this time, and in line with the efforts of the Royal...
PR This Week

The Rotary Club of Salmaniya held it’s 8th virtual meeting on May 20th 2020 on zoom. In the spirit of the Month of May...
Management Principles