Buying a used car can sometimes be...
NewsFirst Bahrain International Medical Conference for AIDS kicks off 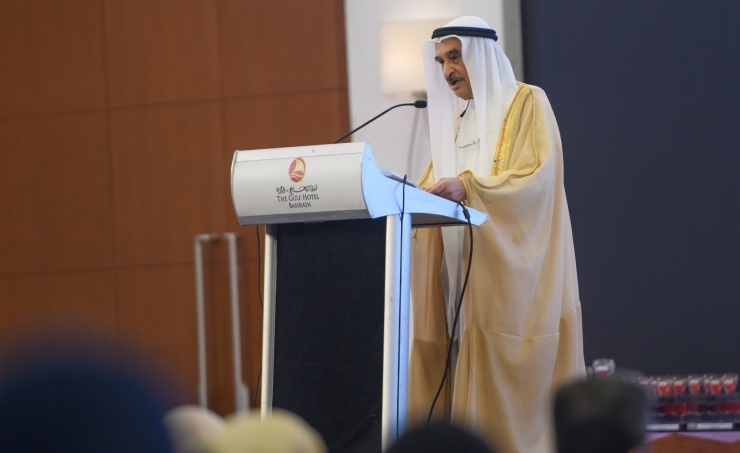 President of the Supreme Council of Health (SCH), Lieutenant-General Dr. Shaikh Mohammed bin Abdulla Al Khalifa, has stated that Bahrain is taking major strides in delivering the best medical services to all the citizens and residents, in the light of the constant support of His Majesty King Hamad bin Isa Al Khalifa and His Royal Highness Prince Salman bin Hamad Al Khalifa, the Crown Prince and Prime Minister, to the medical sector in the kingdom.

The leadership’s care has contributed to placing Bahrain at the forefront of countries that provide the highest levels of healthcare, he said.

The SCH President made the statements while addressing the opening ceremony of the first Bahrain International Medical Conference for AIDS, held under his patronage at the Gulf Hotel on September 22-23, and attended by Health Minister, Dr. Jalila bint Al-Sayed Jawad Hassan, and health sector officials.

Organised by the Ministry of Health, in cooperation with “EducationPlus”, the conference is attended by more than 400 in-person and online participants.

Dr. Shaikh Mohammed bin Abdulla asserted that the conference reflects Bahrain’s outstanding ability to host global medical events, noting that the kingdom has made quantum leaps in developing the health sector, in line with the visions of its leaders, who place the health of the citizens and residents at the top of national priorities.

The Health Minister also addressed the opening ceremony. She affirmed that the conference embodies the kingdom’s interest in boosting the medical sector, and keenness to further consolidate its status as a distinguished regional centre for hosting medical events.

Internal Medicine and Geriatric Consultant at SMC and the Conference Chairperson, Dr. Jameela Al-Salman, stressed that the first Bahrain International Medical Conference for AIDS is among the most important events in the field of combating AIDS. She also highlighted Bahrain’s strategies and plans related to protecting people living with the disease, by preserving their rights to receive treatment and work, as well criminalising any form of discrimination in dealing with them.

Following the opening ceremony, the SCH President, Health Minister and senior attendees toured the exhibition held on the sidelines of the conference.