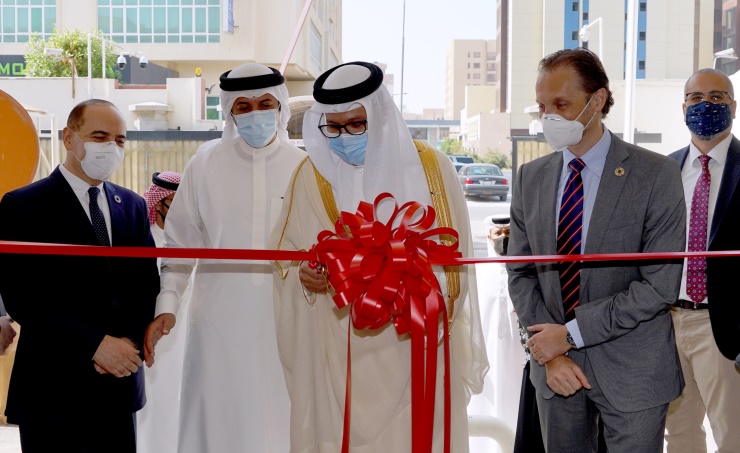 During the UN house inauguration, the Foreign Minister expressed pride of the Kingdom of Bahrain, under the leadership of His Majesty King Hamad bin Isa Al Khalifa, in close cooperation relations with the UN organisation. He stressed mutual keenness to promote active partnership to achieve desired goals. He also emphasised keenness of the Kingdom of Bahrain to implement initiatives that meet the sustainable development goals (SDGs) in order to promote its progress and prosperity in all areas.

For his part, the UNDP Resident Representative extended thanks and gratitude to the Foreign Minister for inaugurating the renovated building, lauding the Kingdom’s keenness on promoting cooperation with the UN and its different agencies. He also praised the kingdom’s achievements, wishing Bahrain further progress and prosperity.