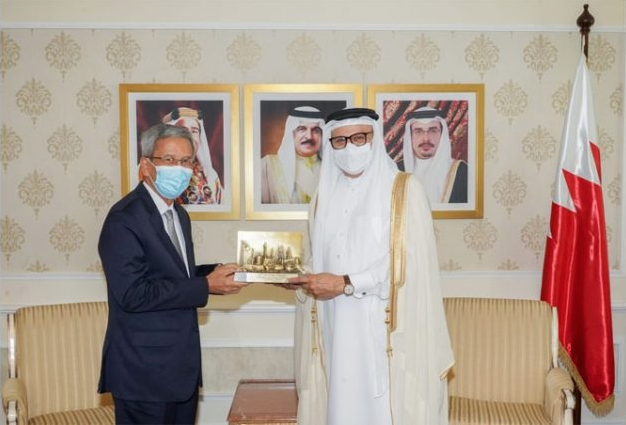 Minister of Foreign Affairs, HE. Dr. Abdullatif bin Rashid Al Zayani, received today Ambassador of the Republic of Indonesia to the Kingdom of Bahrain, Nur Syahrir Rahardjo, on the occasion of the end of his tenure as his country’s ambassador to the Kingdom.

The minister praised relations of friendship and cooperation between the Kingdom of Bahrain and the Republic of Indonesia and their steady growth in various fields.

He stressed the importance of further boosting bilateral cooperation to serve common interests.

He also commended the tireless efforts made by the Indonesian ambassador in strengthening bilateral relations, wishing him success in his upcoming diplomatic duties.

For his part, the Indonesian ambassador expressed thanks and appreciation to the Minister of Foreign Affairs and all officials in the Kingdom of Bahrain for the constant support and cooperation he received during his tenure in the Kingdom, which contributed to the success of his diplomatic duties.

He wished the Kingdom of Bahrain continued progress and prosperity.