The Ritz-Carlton, Bahrain is rolling out the red...
NewsForeign Ministry's Undersecretary chairs Bahraini delegation during 5th round of Bahrain-India FOCs 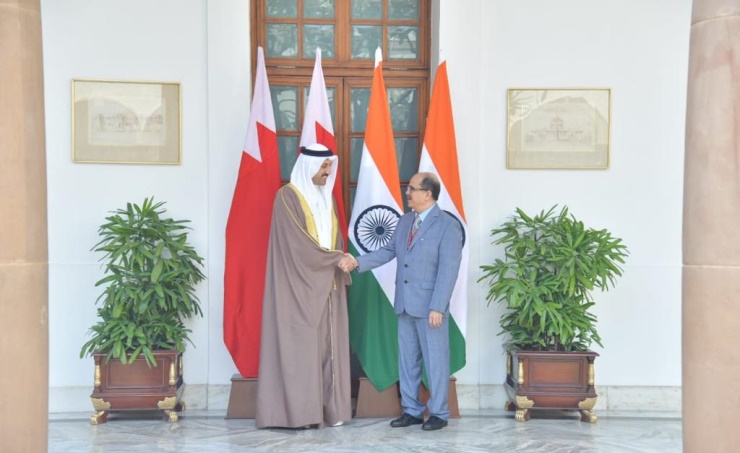 The Undersecretary of the Ministry of Foreign Affairs for Political Affairs, Ambassador Dr. Shaikh Abdulla bin Ahmed bin Abdulla Al Khalifa, headed the Kingdom of Bahrain’s delegation to the meetings of the 5th round of foreign office consolations (FOCs) with the Ministry of External Affairs of the Republic of India.

Chief of Afro-Asian Affairs, Ambassador Fatima Abdulla Al Dhaen, as well as representatives from Ministry of Finance and National Economy, Ministry of Transportation and Telecommunication, National Bureau for Revenue and Gulf Air attended the meeting.

The Indian side was headed by Secretary of CPV & OIA, Dr. Ausaf Sayeed at the Foreign Ministry of India in New Delhi.

The two sides hailed the level of bilateral cooperation during the celebrations of the golden jubilee of diplomatic relations between the two friendly countries, amid a common interest in activating more than 55 agreements, memoranda of understanding, and executive programmes for cooperation in various fields, and interest in expanding cooperation horizons in the sectors of cybersecurity, information technology, financial services, and food security and others to achieve the common interests of both countries and the two friendly peoples.

The fifth round of political consultations comes within the framework of the efforts of the High Joint Committee between the two friendly countries at the level of foreign ministers under the memorandum of understanding signed during the historic official state visit of His Majesty King Hamad bin Isa Al Khalifa to the Republic of India in February 2014.