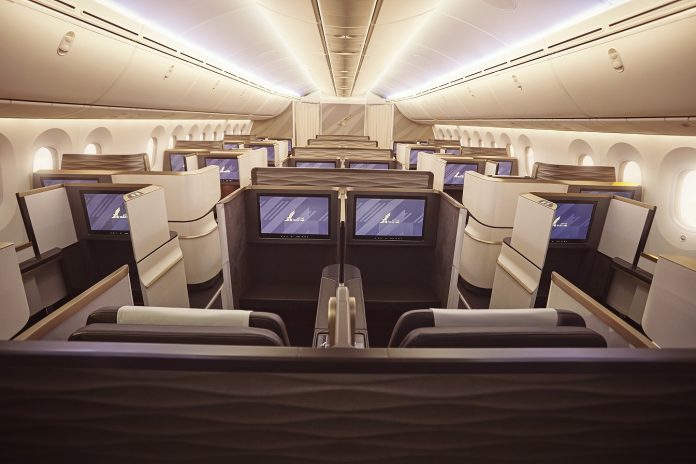 Gulf Air, the national carrier of the Kingdom of Bahrain, has achieved its best February results in 5 years with the highest seat load factor for February since 2014; immediately a month after launching the boutique airline strategy. With the growth of capacity and the increase of destinations, frequencies and fleet, the February 2019 results show Gulf Air’s strategic expansion with 75.7% seat load factor and a record number of 478,959 passengers. The preliminary results for the month of March, based on first twenty days, also show record numbers that beat all March results since 2012 in both seat load factors and number of passengers.

“We are extremely proud to report that the National carrier of the Kingdom of Bahrain achieved the best results for the month of February comparing to the same month since 2014.” Stated the CEO of Gulf Air Mr. Krešimir Kučko “With greater capacity and number of seats, it was challenging to hit the best seat load factors however we managed to achieve this goal. Our passengers are proving to becoming more loyal and we see returning customers since the launch of our new fleet products the Boeing 787-9 Dreamliner and the Airbus 320neo”.

Earlier this week, Gulf Air’s CEO met the Gulf Daily News and Daily Tribune at their headquarters in the Kingdom of Bahrain and discussed key achievement of 2018, which was the year of change for the airline and expressed his positive outlook for 2019 onwards. Mr. Kučko also discussed the airline’s latest developments in terms of fleet additions and new destinations, the upcoming Formula 1 Gulf Air Bahrain Grand Prix 2019 and current air transport trends in the aviation sector.

Al Dana Amphitheatre ready to open its doors in Bahrain