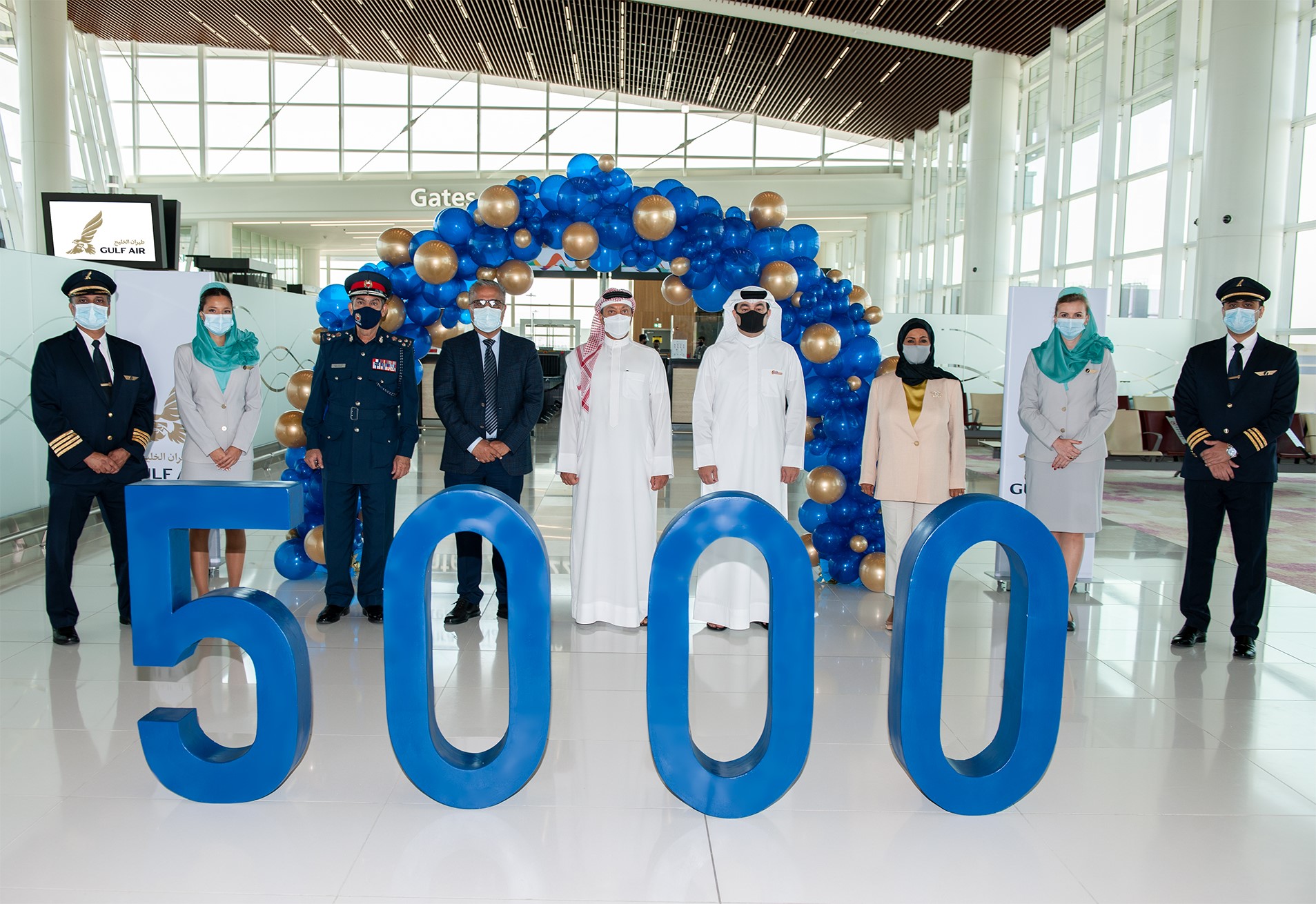 Gulf Air, the national carrier of the Kingdom of Bahrain, celebrated today the 5000th flight departure from Bahrain International Airport’s new terminal as flight GF003 to London Heathrow marked the operational milestone. A small event was organized at the departure gate of the mentioned flight that was attended by the airline’s executive management and a number of officials from Bahrain International Airport, Bahrain Airport Services, Bahrain’s Civil Aviation Affairs and the Ministry of Interior. Passengers of that flight were also included in the celebration by handing them special commemorative giveaways marking the 5000th departure.

Gulf Air’s Acting Chief Executive Officer Captain Waleed AlAlawi commented: “When we moved to the new airport back in January 2021, we knew it would be a new beginning and new chapter in the Kingdom’s journey in aviation history, supporting the strategic vision for Bahrain to strengthening its position as a hub to facilitate the movement of millions of passengers. The state-of-the-art facilities and the varied options of entertainment for every type of passenger make the new terminal a great place to start and end a journey. Today we celebrate the 5000th departure which serves as a testament to our boutique strategy and our growing airline!”.

The new airport terminal features a dedicated check-in area for both Falcon Gold and economy class passengers of Gulf Air as well as a brand new Falcon Gold lounge that is double in size and capacity compared to the previous one in the old airport. Taking into consideration all of the updated health and safety measures, the new lounge reflects new concepts of modern premium lounges yet keeping with the legacy and rich history of the over 70 year old Gulf Air brand. A number of features are maintained from the previous lounge as well as newly introduced spaces such as a children’s area, shower rooms, prayer space, a quiet area along with live cooking stations and new food & beverage concepts. Operational around the clock and with a capacity of over 400 passengers at any given time, the new Falcon Gold lounge is available to experience by the airline’s Falcon Gold passengers as well as its Black, Gold and Silver Falconflyer members.