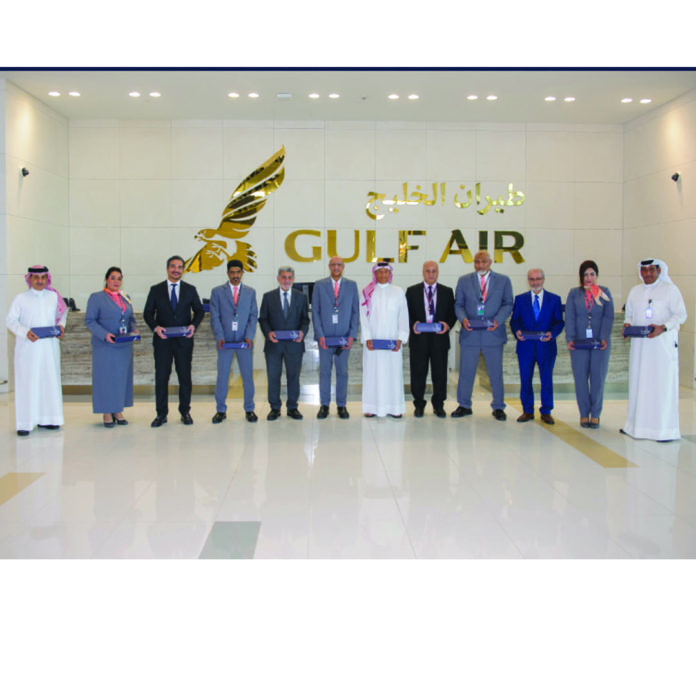 Gulf Air, the national carrier of the Kingdom of Bahrain, started its Ramadan initiatives by distributing Ramadan iftar boxes to its staff working on the shift system at its headquarters in Muharraq and at Bahrain International Airport; as Acting Chief Executive Officer Captain Waleed Al Alawi visited these staff at their workplaces close to Maghreb prayer time to distribute the Iftar boxes.

Captain Al Alawi congratulated the staff he visited on the occasion of the holy month of Ramadan, and praised their dedication and efforts in order to run the airline’s work to the fullest during the holy month, as Gulf Air is a global airline serving its passengers from all over the world. He also encouraged them to continue their exceptional performance, which pays off in developing the airline and improving its customer experience.

The initiative to distribute Ramadan Iftar boxes has become a distinct Gulf Air Ramadan tradition for several years, through which the national carrier is keen to participate and extend a helping hand to the Bahraini community to which it belongs, based on its principles of corporate social responsibility and the role it plays in the communities in which it operates. This Ramadan Iftar box distribution initiative is the first in a series of Ramadan initiatives and events that the national carrier intends to carry out during the blessed month of Ramadan.