Gulf Air hosts the trophy of the FIBA Asia Cup 2022 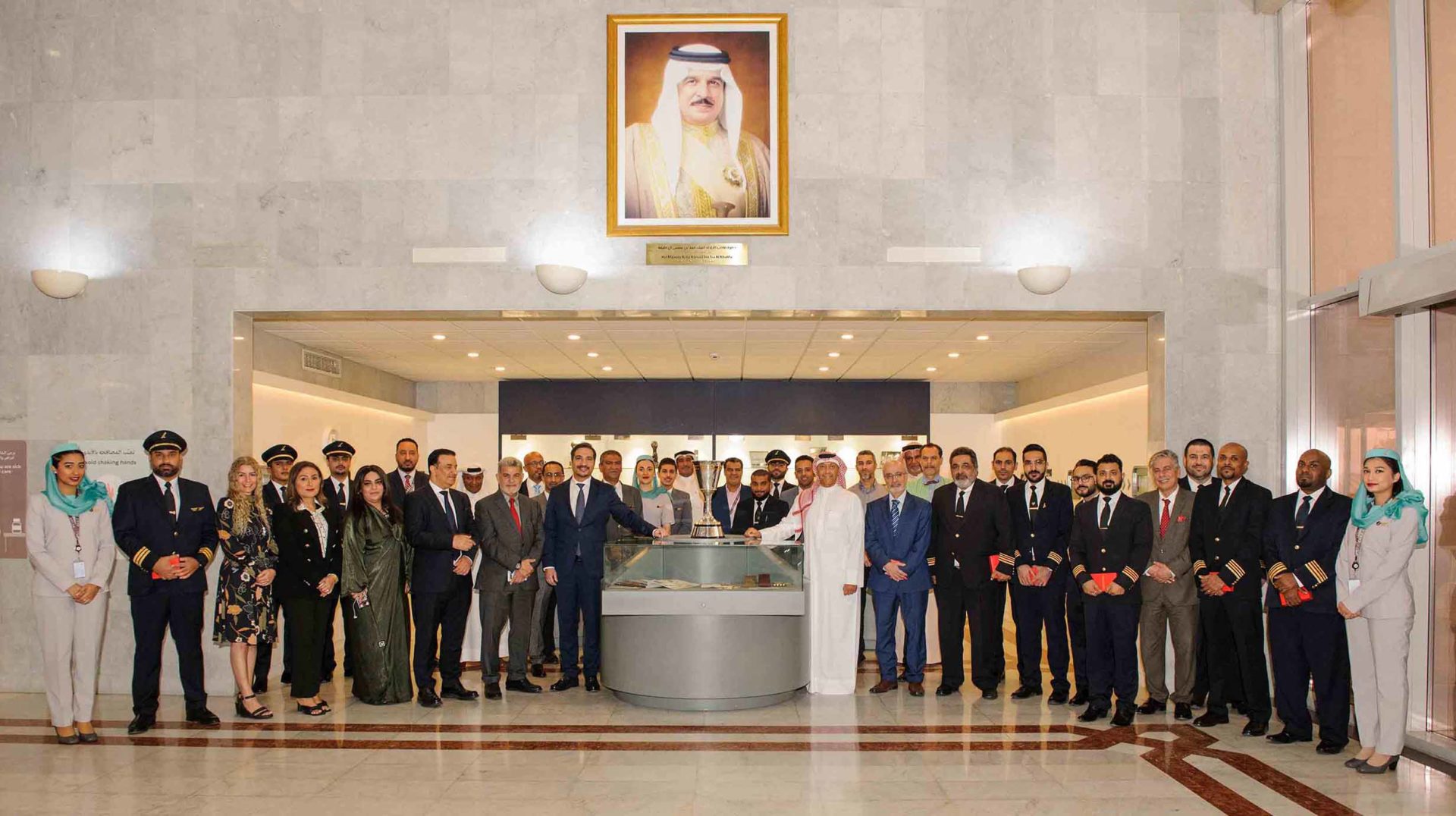 Gulf Air, the national carrier of the Kingdom of Bahrain, recently hosted the trophy of the FIBA Asia Cup 2022 at its headquarters in Muharraq; where the airline’s staff took commemorative photos with Gulf Air Acting Chief Executive Officer, President of Bahrain Basketball Association Captain Waleed AlAlawi, and with the 55 cm sterling silver trophy.

The FIBA Asia Cup 2022 will be held in Jakarta, Indonesia from 12-24 July 2022, where 16 teams, including that of Bahrain, will compete for the trophy of this major Asian basketball event; as Captain AlAlawi wished the Kingdom of Bahrain the best of luck in obtaining the title. The Bahrain team will play in Group B, which also includes China, Korea, and Chinese Taipei.