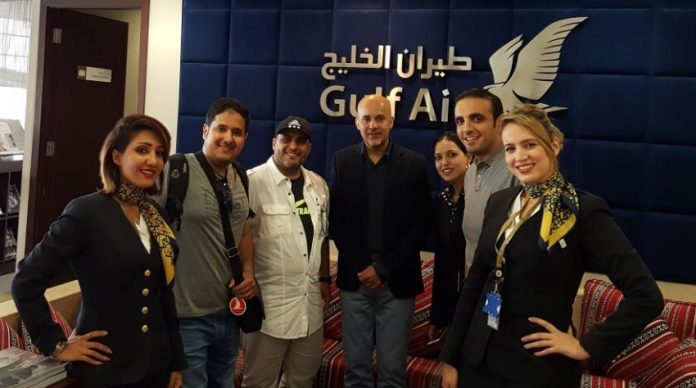 Gulf Air, the national carrier of the Kingdom of Bahrain, recently collaborated with Jumeirah Group, a luxury hotel company, and Visit Britain, the British Tourist Authority, to fly a number of Saudi Arabian media representatives to London on a tailored familiarization trip.

Guests experienced Gulf Air’s latest products, both inflight and on-the-ground including the airline’s dedicated Falcon Gold Lounge in Bahrain International Airport, and in London Heathrow airport, and visited various local attractions including the London Eye and the ArcelorMittal Orbit while enjoying stays at the Grosvenor House Suites by Jumeirah Living and Jumeirah Carlton Tower.

Gulf Air operates a double daily service to London Heathrow Airport offering passengers a choice of morning and evening flights. Serving 42 cities in 25 countries and with multiple daily flights to ten cities across the Middle East, Gulf Air is well-positioned to facilitate two-way movement between Europe, Asia and several key destinations in the Middle East and North Africa, from its hub at Bahrain International Airport. Gulf Air tickets can be purchased via the airline’s official website gulfair.com, its 24-hour Worldwide Contact Centre on (+973) 17373737 in Bahrain, or any Gulf Air sales offices and approved travel agencies. A wide range of holiday packages to Gulf Air destinations are available online via holidays.gulfair.com and Gulf Air’s Bahrain Tourist Visa Service is available exclusively for the airline’s passengers flying across its global network to Bahrain – available online via visa.gulfair.com.