Whether you’re a landlord or a tenant,...
NewsGulf Air Participates in Global Aerospace Summit 2022 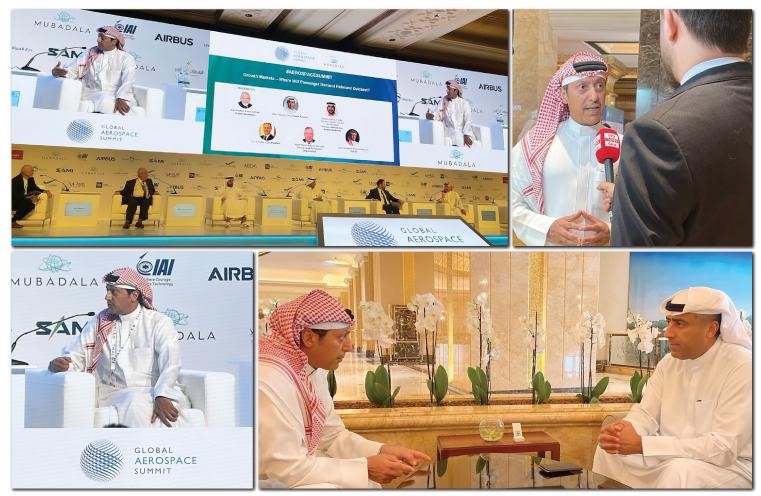 Gulf Air, the national carrier of the Kingdom of Bahrain, recently participated in the Global Aerospace Summit 2022 in Emirates Palace Hotel in Abu Dhabi, UAE; presiding over a large number of ministers, ambassadors, CEOs and officials in charge of the aerospace and aviation sectors, with more than 1000 C-level leaders and more than 120 expert speakers.

Gulf Air Acting Chief Executive Officer Captain Waleed AlAlawi participated in a session on market growth post the pandemic, in which he spoke about Gulf Air’s contributions during the pandemic and the challenges the national carrier has overcome in the wake of that global crisis. Captain AlAlawi also spoke about the future of aviation, and about Gulf Air’s growth plans and its continuous efforts to develop and improve its products and services. He also thanked Mubadala Investment Company in the United Arab Emirates for hosting the fruitful Summit, which brought together various practitioners and those interested in the fields of aerospace and aviation under one roof for the purpose of dialogue and networking on everything related to the two fields and means of their development. In addition, Captain AlAlawi conducted a number of one-on-one meetings with his counterparts from the industry’s leaders, where means of mutual cooperation were discussed.

the Global Aerospace Summit 2022 is the 6th edition of the biennial summit; where expert speakers engaged the audience with over 30 hours of exclusive insights, panel discussions and workshops that will help shape the future of the industry.