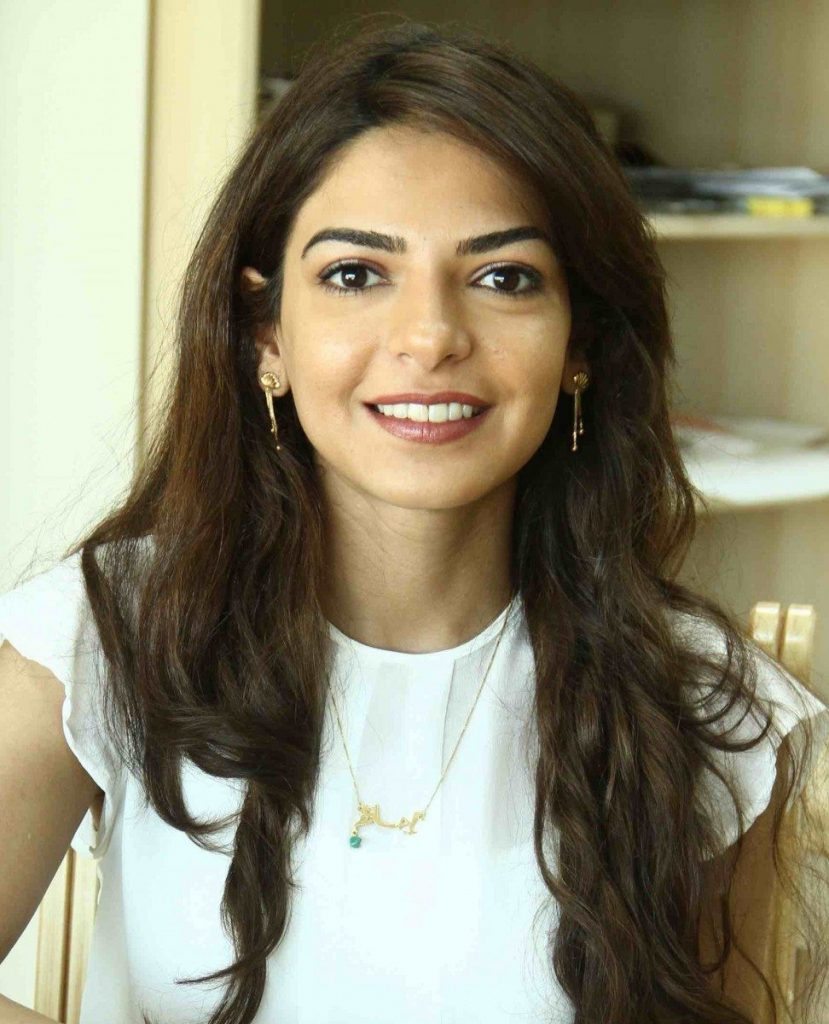 “ART is the meeting ground of the world inside & the world outside”. Written on a black board with colorful chalk is this message from renowned art therapist Elinor Ulman that welcomes visitors to the first of its kind art therapy center in Bahrain. Located at the Riyadat mall in Aali, this year and a half old center is run by the young expert Art Psychotherapist Ms Dalal Al Sindi. When Bahrain This Week team reached the center Ms Sindi was busy setting the place for her upcoming sessions. Various paintings that filled the walls, the colour boxes and brushes neatly stacked at the center of the work tables brimmed with many stories untold. We had Ms Al Sindi spending time with us giving the bigger picture of successfully using art as an efficient tool in therapeutic efforts.

“I always had the passion towards art. I especially like figurative drawings and am very much inspired by the paintings of Egon Schiele. At the same time I loved working in group, interacting with different people and being in a team and being a painter is a lonesome job” says Ms Al Sindi with a smile. “While I was studying fine arts and the philosophy of art, my professor introduced me to art therapy. I did a study on the topic myself and found it extremely fascinating. That when I decided to make the leap.” she remembered her decision making days.

After completing her professional studies in UK, Ms Al Sindi worked as therapist in Saudi and has also worked at the cerebral Palsy center in Bahrain.

The response from the public, when Ms Al Sindi started with the first art therapy center in Bahrain was very supportive and understanding, she said, “I am a very optimistic person and things so far has been optimistic in all aspects.” “The Bahrain society is well exposed to art and culture and people have now accepted this center open heartedly.” She adds with delight.

“When I started taking sessions, I found lot of people who had difficulty in talking. There were children and adults as well. People had difficulty in communicating their issues verbally and it was tough” Ms Al Sindi explains the uniqueness of Art Therapy. “But with an activity like art – painting, clay modeling – the conversation becomes smoother. It actually helps them to come out of the scare of going for a therapy. Art thus becomes a smooth bridge that helps developing an unspoken bond between the client and the therapist. It actually adds visual expressions to verbal expressions.”

When we asked Ms Al Sindi how her sessions are designed, she was more than willing to share with us the steps involved. “My sessions begin with an art or painting assessment for about half an hour. The art works that my clients make will have signs or symbols that can associate with the issues they are going through and I have conversation with them about the symbols they have made in the drawing. It thus becomes a smoother way of opening doors to their problems rather than having to say it directly.” She continues with the procedural steps.

“I then set up goals, assessment reports and weeks for better focus. The weeks are set hypothesizing on the dates as it may depend on lots of factors. Depending on the goals I set the themes for the patients that better connects to their issues. There is a free drawing method as well, which will have the patient choose his own theme that might be connected to their problems.” She explains. “People tend to make fearful drawings that use limited colours and symbols in the beginning of the sessions. As they get healed there are more colours and expressions added to the drawings.” Ms Al Sindi nods in.

In this fast paced life where the competitions to survive is taking next level it anxiety and depression is found as the most common case that reaches Ms Al Sindi. “Counselors at schools, several societies and associations refer children who have learning and communication difficulties to Art therapy Center. Most of the cases have been from the age of adolescence to adult hood. ” she reveals.

For Ms Al Sindi, the days as therapist in Saudi have given her unforgettable challenges that gave her the strength to be here today. “In Saudi, I had to see to patients with stroke and spinal cord injuries. Some of the stroke patients had weak limbs and I could never think of an activity for them to move their fingers. The patients themselves were lacking the confidence. I had to actually stick the drawing material to their fingers so that it will look good and can express their feelings. ” She shares the tests taken. “It actually had to physically engage the patient but had helped a lot in helping them building confidence 23and the will power to not stop trying. It actually leads to dramatic kind of happening that gives the push and even speeds up recovery. ” She says with smile of satisfaction.

“All have sufferings. It’s about finding where to put it and deal with it. The more we understand it, easier it become to control.” Ms Al Sindi carves up the secret of living a life of harmony.