Katsuya by Starck opens at The Avenues

The much anticipated, stylish Japanese restaurant, Katsuya by...

Batelco announced today that it has successfully... 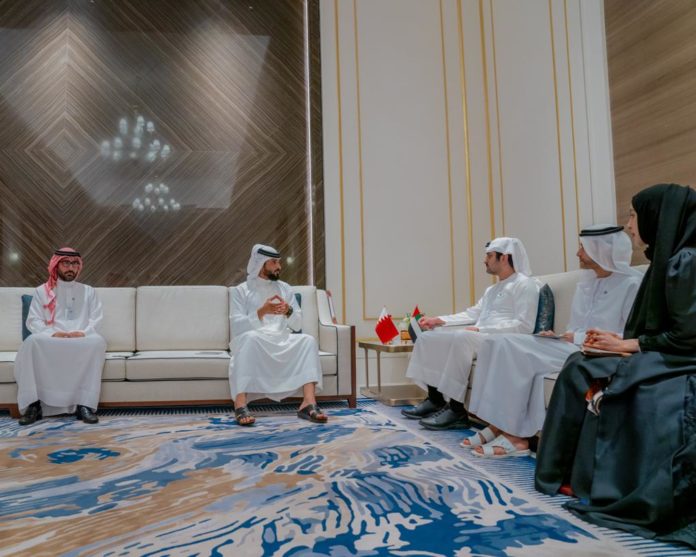 HH Nasser bin Hamad Meets with the Deputy Ruler of Dubai, Deputy Prime Minister and Minister of Finance of the UAE

HH Shaikh Nasser bin Hamad Al Khalifa, Representative of His Majesty the King for Humanitarian Works and Youth Affairs, met with HH Shaikh Maktoum bin Mohammed bin Rashid Al Maktoum, Deputy Ruler of Dubai, Deputy Prime Minister and Minister of Finance of the sisterly United Arab Emirates (UAE), on the sidelines of His Highness’s attendance of the World Government Summit, which is being held At Expo 2020 Dubai. Present in the meeting was HE Mr Aymen bin Tawfiq Almoayed, Minister of Youth and Sports Affairs.

HH Shaikh Nasser bin Hamad Al Khalifa stressed the importance of the close ties that unite the Kingdom of Bahrain and the sisterly UAE, which are based on fraternal relations that are rooted in history, and have always witnessed continuous development at all levels of cooperation and joint coordination in light of the great interest they receive from HM King Hamad bin Isa Al Khalifa, the King of the Kingdom of Bahrain, and HH Shaikh Khalifa bin Zayed Al Nahyan, President of the sisterly UAE.

HH Shaikh Nasser bin Hamad Al Khalifa pointed out the importance of continuing to consolidate the levels of bilateral relations between the two countries and the two brotherly peoples, which will bring them development and prosperity. Meanwhile, the meeting discussed aspects of cooperation between Bahrain and the UAE and the means to enhance them in various fields.