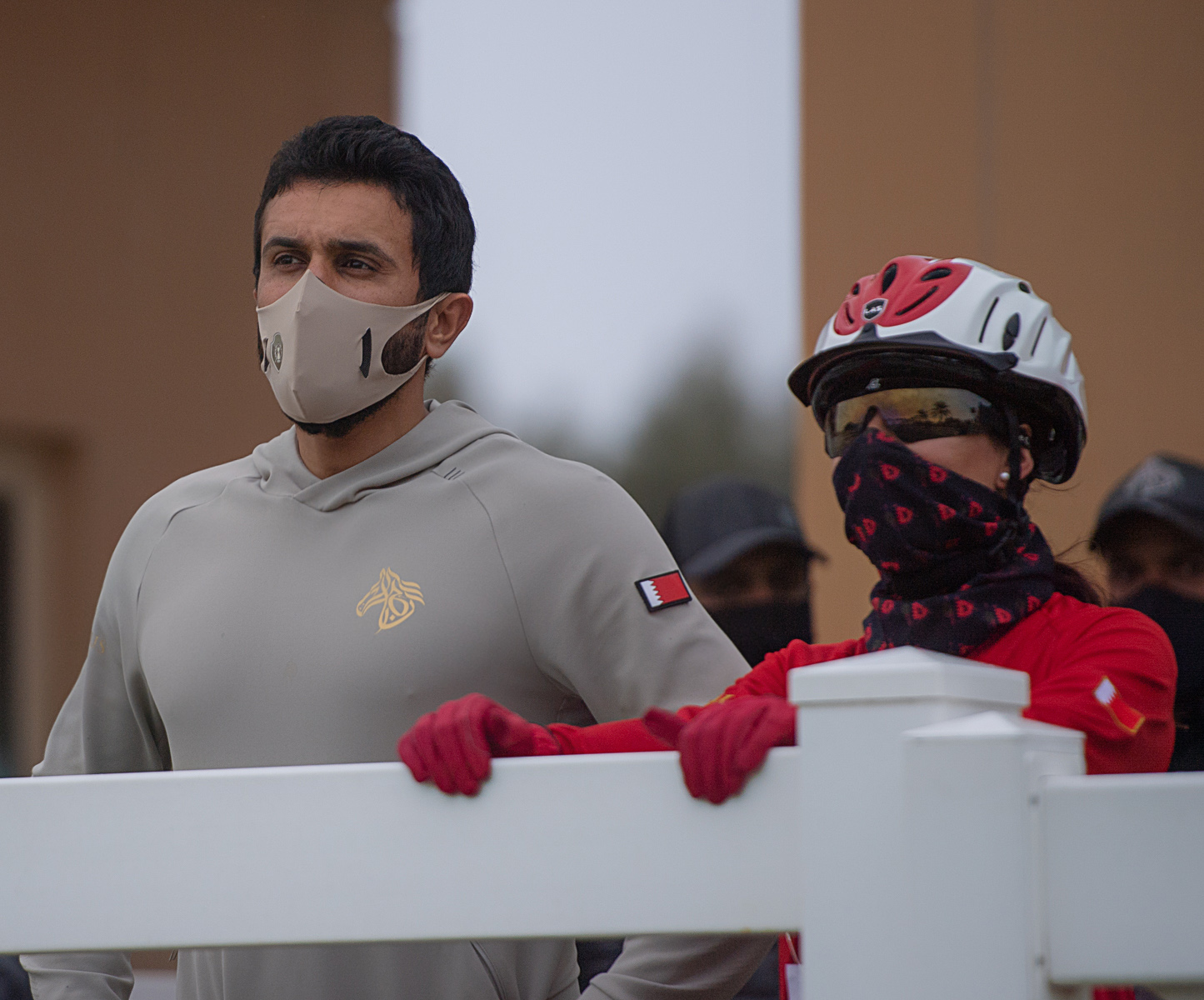 Under the patronage of HM King Hamad bin Isa Al Khalifa, the King of the Kingdom of Bahrain, the 160-km race of HM the King Endurance Festival Cup was held on Saturday as HH Shaikh Nasser bin Hamad Al Khalifa, Representative of HM the King for Humanitarian Works and Youth and Honorary President of Bahrain Royal Equestrian and Endurance Federation (BREEF) crowned Manal Fakhrawi of Victorious team as the championship of the 4-day event. The event took place at Bahrain International Endurance Village and featured various races and events.

On this occasion, HH Shaikh Nasser bin Hamad Al Khalifa escalated his sincere thanks and appreciation to HM the King for the continued sponsorship and support to sports in general, and the endurance sport in particular.

He explained that HM the King Endurance Festival Cup is considered a genuine milestone in the endurance field thanks to the sponsorship of HM the King. He pledged to HH Shaikh Nasser to double works and efforts to develop the endurance sport in the Kingdom of Bahrain and allow it to reach further horizons, thanking HM the King for sponsoring the Festival.

Furthermore, HH Shaikh Nasser bin Hamad Al Khalifa said that what the championship witnessed over the course of 4 days of exciting competition is an indication of the great development in the performances of the jockeys who competed for top places, stating that the wide participation is a reflection of the development and success of the equestrian and endurance sports in Bahrai thanks to the support of HM the King.

Finally, HH Shaikh Nasser congratulated the winners of the top places in the 160-km race and the 120-km race.