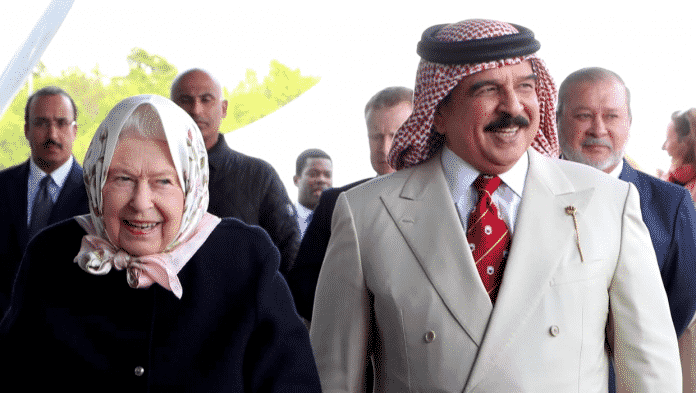 HH Shaikh Nasser bin Hamad Al Khalifa, Representative of HM the King for Charity Works and Youth Affairs and President of the Supreme Council of Youth Sports and Captain of Bahrain Royal Endurance team expressed his happiness at the results achieved by the Royal team who participated in the 120 km and 80 km categories of the Royal Windsor Endurance Race, stating the outcomes confirm the team’s readiness for the European season. Moreover, HH Shaikh Nasser praised team member Jaffar Mirza for winning first in the race.

He highlighted that the presence of HM King Hamad bin Isa Al Khalifa, the King of the Kingdom of Bahrain and HM Queen Elizabeth II to follow the race is the biggest honor for all the participants as HM the King is the biggest supporter of sports in Bahrain and this played a key role in motivating the competitors to win top places.

He added that HM the King’s attendance to the event was a great motivational source for all the Royal team members to bring home honorable results. “I am very happy with the results accomplished. We want to continue on this path and gain more experience as we look forward to getting more positive results at the international level, including in the Royal Windsor Endurance Race which was established by the Kingdom of Bahrain following directives from HM the King in appreciation to the strong ties between Bahrain and the UK. It’s a great delight to see how much our King was happy with our team’s performance in this race which featured participants from Bahrain, UAE and Britain and several European countries,” HH Shaikh Nasser explained, pointing out that the race was strong that it was narrowly contested.

“The race’s four stages witnessed stiff competition and all the competitors were keen to finish the race high. We are happy with our results as we want to always hold podium positions.” HH Shaikh Nasser stressed.

HH Shaikh Khalid bin Hamad Al Khalifa, First Deputy President of the Supreme Council for Youth and Sports and President of Bahrain Olympic Committee was delighted with the race and the positive outcomes gained by the Bahraini participants, saying that the results reflect the unwavering Royal support extended to the sports in Bahrain. He stated that the race was great and thrilling and the Bahrainis strongly finished it.

It’s worth noting that Bahrain Royal Endurance team participated in the race with several of their members. Othman Al Awadhi had the best result in the race, finishing fifth in 05.08.30 hours, while Hia Jamal was sixth (05.09.07) and Shaikh Mohammed bin Mubarak Al Khalifa came eighth (05.22.18). Shaikha Najla bint Salman Al Khalifa came ninth (5.22.19), followed by HH Shaikh Nasser in tenth (5.22.20), while HH Shaikh Khalid decided to pull out in the third round. Meanwhile, their teammate Fahad Hilal Al Khateri finished first in the 80 km qualification round.

The banks’ response to defer loan payments until the end of the year is a continuation of the initiatives in the financial and economic...
Read more