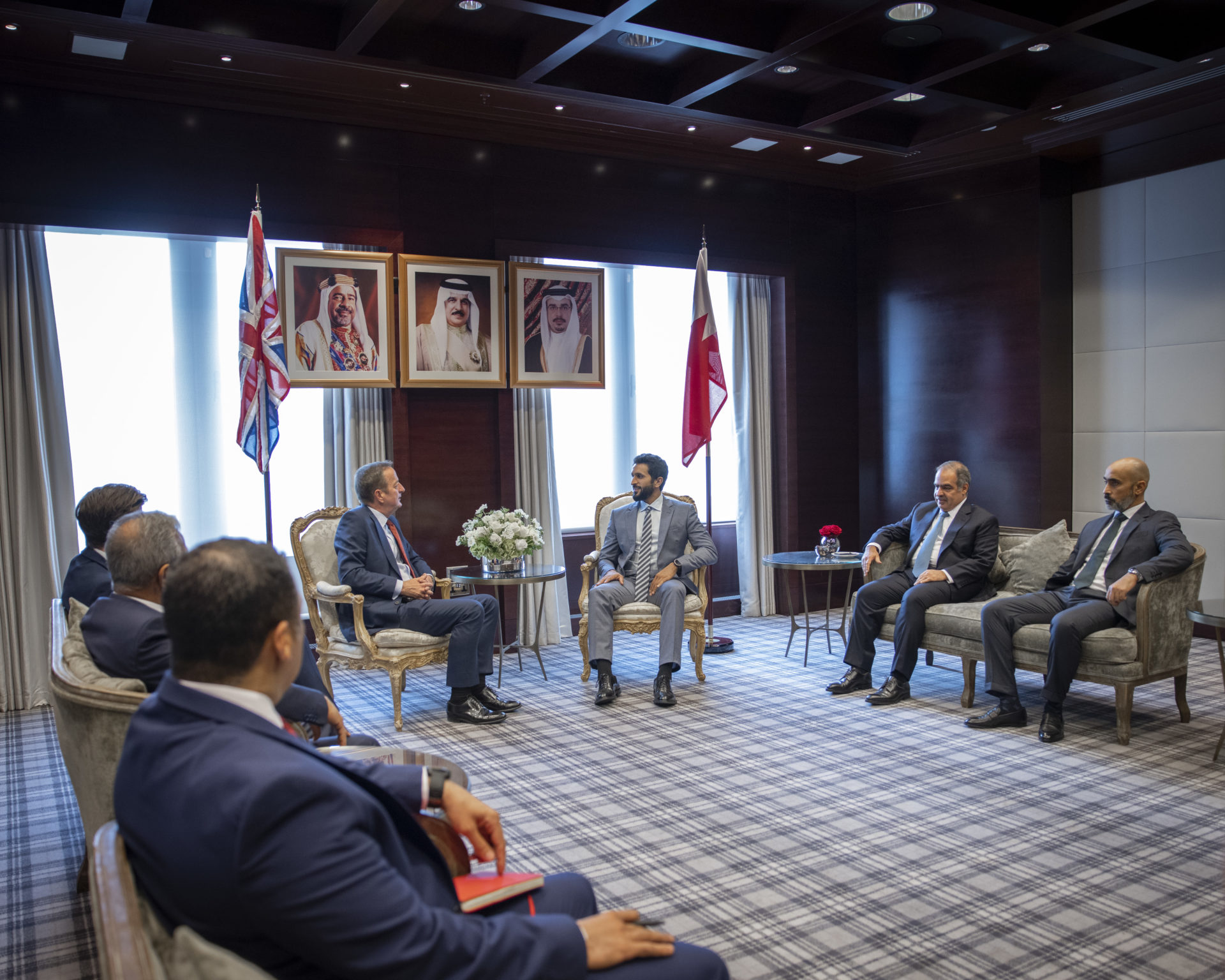 His Highness Major General Shaikh Nasser bin Hamad Al Khalifa, National Security Advisor and Commander of the Royal Guard, praised the close historical relations between the Kingdom of Bahrain and the friendly United Kingdom, and the development and growth they are witnessing at all levels, especially in the security and military fields, and joint cooperation in combating extremism and terrorism.

HH Major General Shaikh Nasser’s remarks came during his meeting with David Quarrey, the UK Prime Minister’s International Affairs Advisor and Deputy National Security Advisor. The meeting reviewed ways to enhance cooperation and friendship between the two countries and exchange experiences in the political, security and defence fields, in addition to discussing regional and international issues of common interest.

HH Major General Shaikh Nasser bin Hamad Al Khalifa affirmed the Kingdom of Bahrain’s pride in the effective and growing strategic partnership with the United Kingdom, and their constructive cooperation in securing international navigation and combating organised crime, foremost of which is terrorism, and their firm commitment to consolidating security and peace in the Middle East.

For his part, Mr Quarrey welcomed the visit of HH Shaikh Nasser bin Hamad Al Khalifa to the British capital, stating that it reflects the keenness of both countries to elevate their partnership in the defence and military fields. The meeting was held in the presence of HE Shaikh Fawaz bin Mohammed Al Khalifa, the Kingdom’s Ambassador to the United Kingdom.