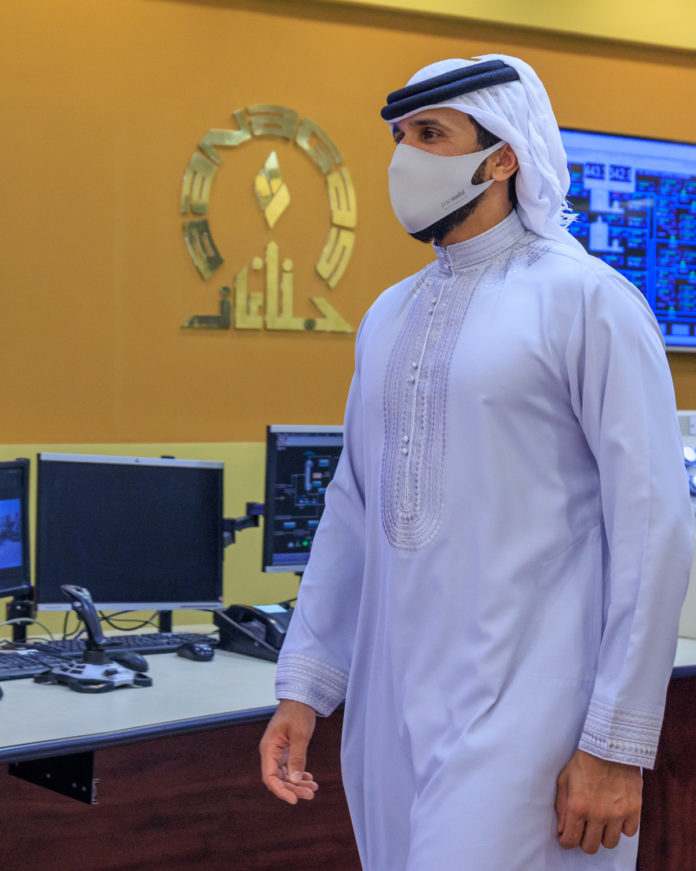 His Highness Shaikh Nasser bin Hamad Al Khalifa, Representative of His Majesty the King for Humanitarian Works and Youth Affairs, and Chairman of Oil and Gas Holding Company (Nogaholding), asserted that efforts are continued to develop the energy sector and placing national companies in the ranks of international companies in this field.

During the visit, HH Shaikh Nasser toured the third gas plant project in the Bahrain field, which was inaugurated by HRH the Crown Prince, and Prime Minister in 2019, with a production capacity of 350 million cubic feet of associated gas per day to extract 374,000 metric tonnes annually from LPG liquids, with a total cost of USD645 million, which comes within the expansion and modernization plans in the oil and gas sector, and within the strategic projects of Nogaholding, as it is considered one of the largest industrial projects in the history of Banagas.

HH Shaikh Nasser clarified that the third gas plant project represents a cornerstone in the framework of the ambitious future vision for developing the sustainable energy sector, and achieving the desired transition to a new phase of bright optimism, through the use of techniques, applications of artificial intelligence, digital transformation, uses of the Fourth Industrial Revolution, and smart solutions, as well as laying down conscious strategies to activate a dynamic performance management system, to ensure the enhancement and development of the project’s capabilities and resources to defy all future challenges.

HH Shaikh Nasser also reviewed the Company’s international awards and recognitions, which reaffirm the Company’s leading performance, vigilance, and adherence of its staff members to the application of safety procedures and their keenness to fully comply with professional rules and safe work procedures.

At the conclusion of the visit, His Highness expressed appreciation to the Company for the warm reception and hospitality, expressing pride in the high-level achievements and the many local, regional, and international awards received by the Company, reflecting the high level of companies in the Kingdom’s oil and gas sector.