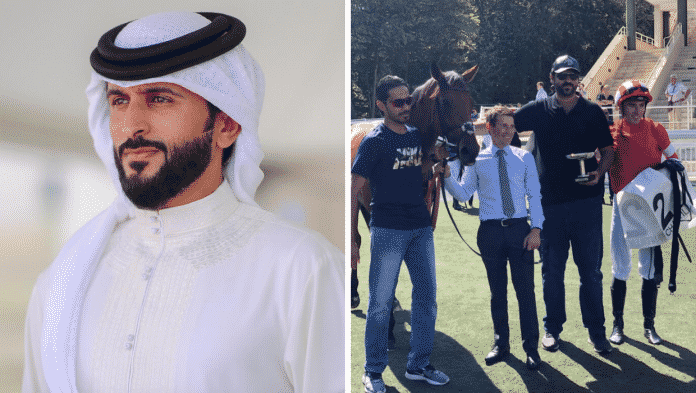 HH Shaikh Nasser bin Hamad Al Khalifa, Representative of His Majesty the King for Charity Works and Youth Affairs and President of the Supreme Council for Youth and Sports, expressed his delight at mare Al Raya’s victory in d’Arengerg Cup which was held in Chantilly, France.

HH Shaikh Nasser praised the performance of Al Raya which allowed her to overcome a group of elite competitors, affirming that this achievement is a source of motivation to support horses owned by Bahrainis in major international competitions in the bright era of HM King Hamad bin Isa Al Khalifa, the King of the Kingdom of Bahrain.

Moreover, HH Shaikh Nasser praised the efforts of trainer Simon Crisford and jockey Pierre-Charles Boudot in preparing Al Raya and steering her for this win.

It’s worth noting that the HH Shaikh Nasser bin Hamad Al Khalifa-owned Al Raya defeated an elite pool of eight participants to win the prestigious d’Arengerg Cup, held over a distance of 1000m. The event for Group 3, twoyear-old mares

BRAVE Combat Federation, a product of His Highness Shaikh Khaled bin Hamad Al Khalifa's vision, is back to holding events across the world, taking...
Read more
Sports This Week

The National Taskforce for Combating Coronavirus (COVID-19) held a press conference at the Crown Prince Centre for Training and Medical Research at the Bahrain...
Sports This Week

Y.K. Almoayyed & Sons, the sole distributor of Nissan vehicles in the Kingdom of Bahrain is proud to have hosted a special delivery ceremony...
Inside Arabia