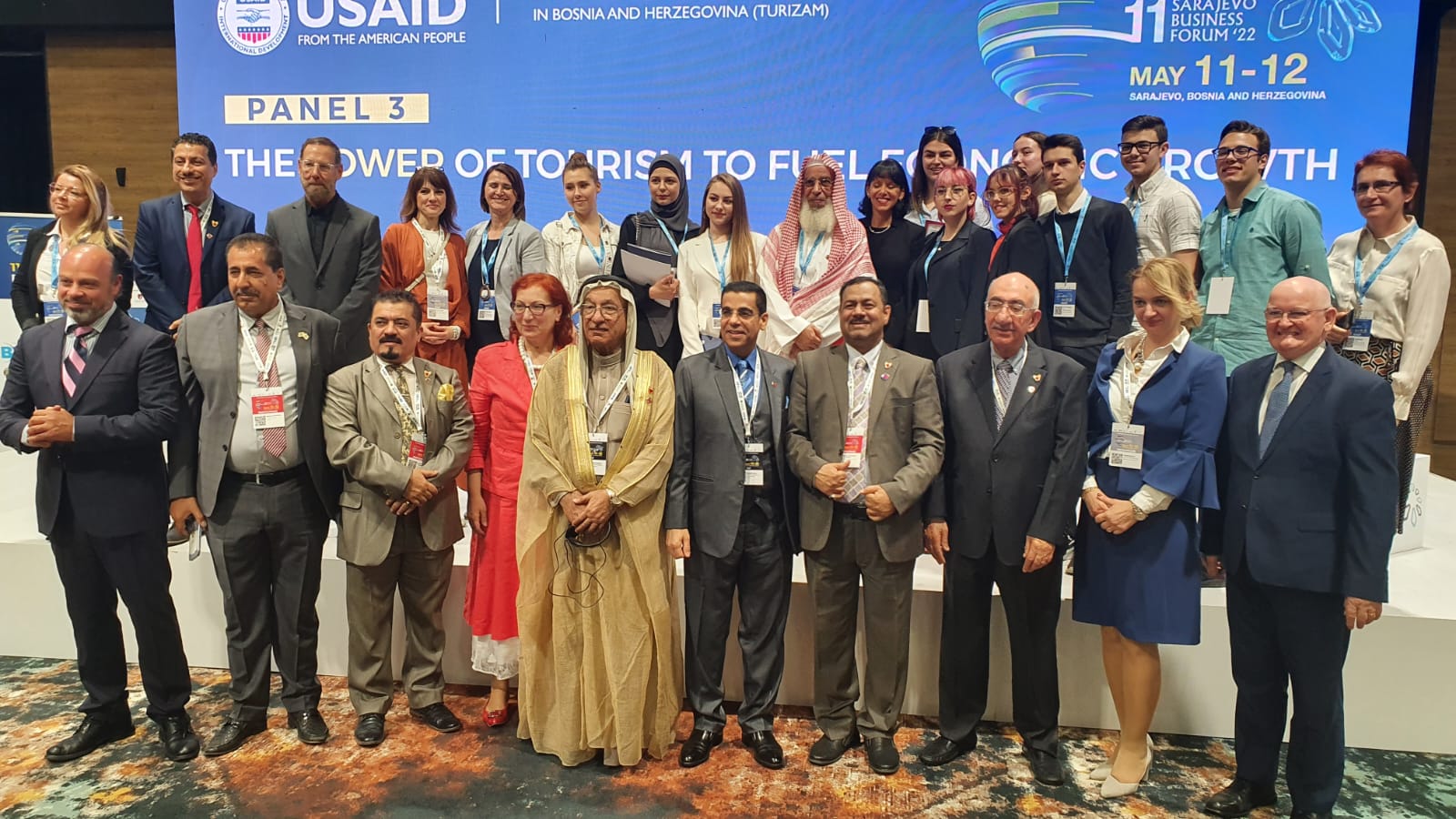 Jawad Al-Hawaj, prominent businessman and president of the Bahrain- Bosnia and Herzegovina Friendship and Business Society, said that there are broad prospects available with business owners in both countries the Kingdom of Bahrain and the Republic of Bosnia and Herzegovina in various fields, including trade, tourism, real estate, and financial and banking services. Whereas the Partnerships were established between some business owners in the two friendly countries with recalling the visit of the Bahraini trade delegation to Bosnia, which took place recently during this month, which many ideas and perceptions were discussed that serve the goal of developing relations between business owners from both sides.

Al-Hawaj a formal speaker of Bahrain added that a high-level trade delegation that included more than twenty members of Bahraini business owners representing various sectors participated in the Sarajevo International Business Forum 2022, which was officially held on May 11 and 12, as the largest international investment conference in Southeast Europe, where it considered as valuable opportunity for the members of the Bahraini delegation to get a close look at the policies, trends and investment opportunities in Bosnia, as well as the prospects available for all aspects of joint cooperation between Bahraini business owners and their Bosnian counterparts. The parties participating in the Sarajevo Business Forum 2022, in order to strengthen the relations that serve the two countries in various commercial, economic and tourism fields, pointing out that a number of Bahraini business owners have started several years ago to be present and invest in real estate in Bosnia whereas it has been expanded to become a tourist destination and as the circle of interest for the Bahrainis. Al-Hawaj expressed interest in arranging the visit of a delegation of business owners and company representatives in the Bosnia for a similar exploratory visit to the Kingdom of Bahrain during the current year to enable them to know the investment climate in Bahrain and showing them the promising advantages for Bahrain’s strategic location to be provided for investors, especially in light of the facilities provided by the Bahraini government to investors, which attract the attention of foreign investors, hoping to attract major Bosnian companies and Bosnian business owners to invest in Bahrain and opening partnerships with their counterparts in Bahrain, especially in light of the many ideas and opportunities that were discussed in the past years, following the visits of the Bahraini trade delegation to Bosnia, which are awaiting progress towards implementation, stressing that the percentage of Bahraini investments in Bosnia is increasing from year to year, especially in the field of Real estate, hoping to attract Bosnian investors to Bahrain also in the near future.