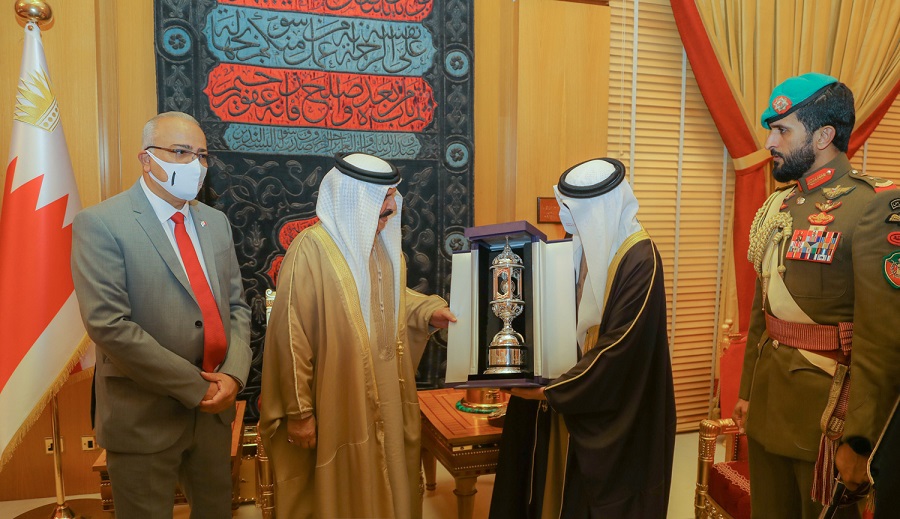 Alba Chairman Shaikh Daij bin Salman bin Daij Al Khalifa presented to HM the King a commemorative gift on the occasion of the fiftieth anniversary of the start of the company’s operations.

HM the King congratulated the officials in charge of the company, hailing the dedicated efforts exerted by the chairman, CEO and all the affiliates in managing the operational and marketing processes, which enhanced its performance and competitiveness regionally and internationally.

HM the King said that the sector of aluminium represents one of the important and strategic pillars that support Bahrain’s economy, which contributed to diversifying the sources of revenues and created rewarding jobs to the national competences.

HM the King hails the strides and outstanding milestones that Alba continues to achieve since the start of its operations in the 1970s as the first pioneering project of its kind in the region.