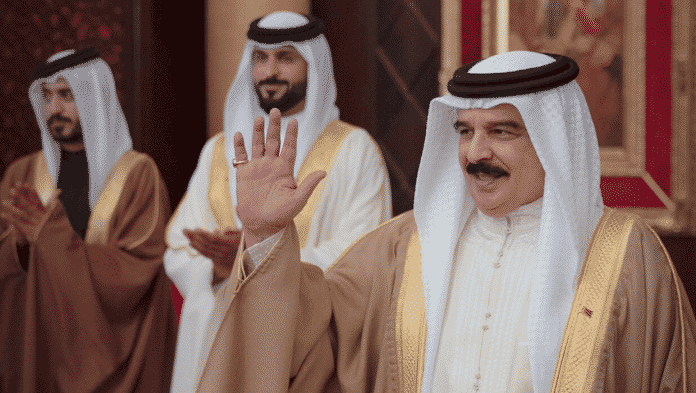 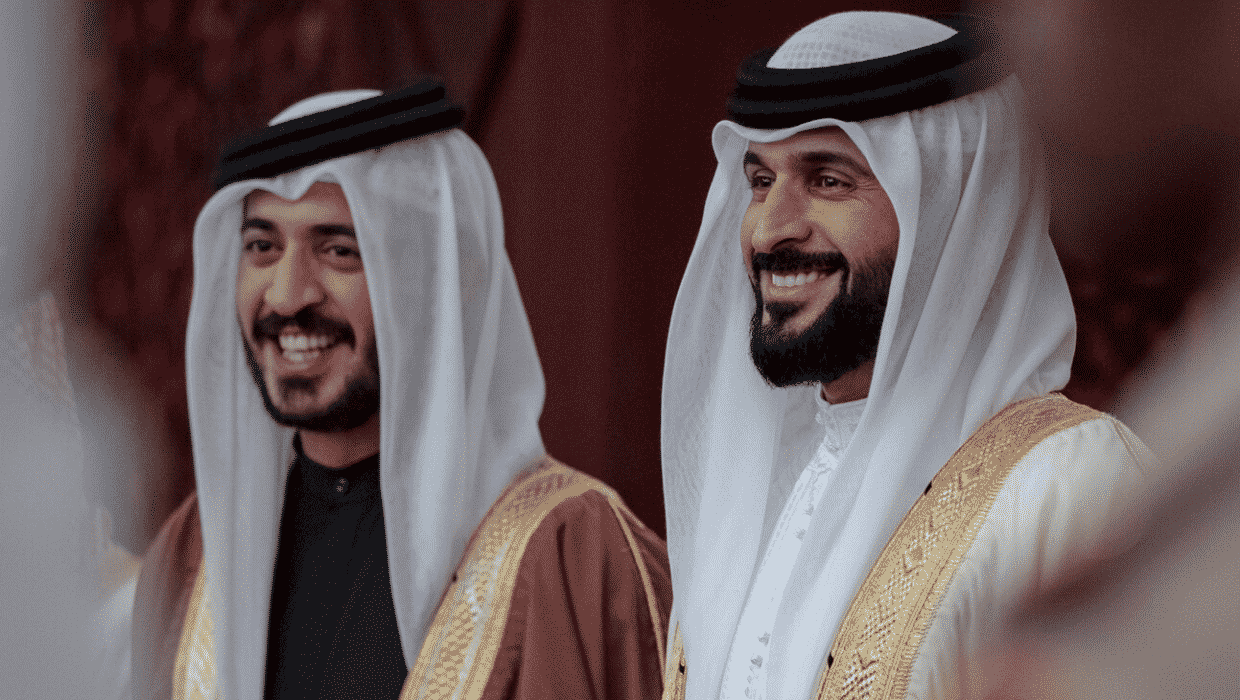 HH Shaikh Nasser bin Hamad and HH Shaikh Khalid bin Hamad introduced to HM the King Bahraini athletes and teams who brought about various sport achievements. They are Bahrain handball team who qualified for the first time for the Olympic Games (Tokyo 2020), the teams who participated in the 2019 Military World Games, in China, in which the football team won gold and clinched the world championship title. Also, the military athletics team who won many medals in the tournament, ranking Bahrain eighth internationally in this championship in which 120 countries took part. 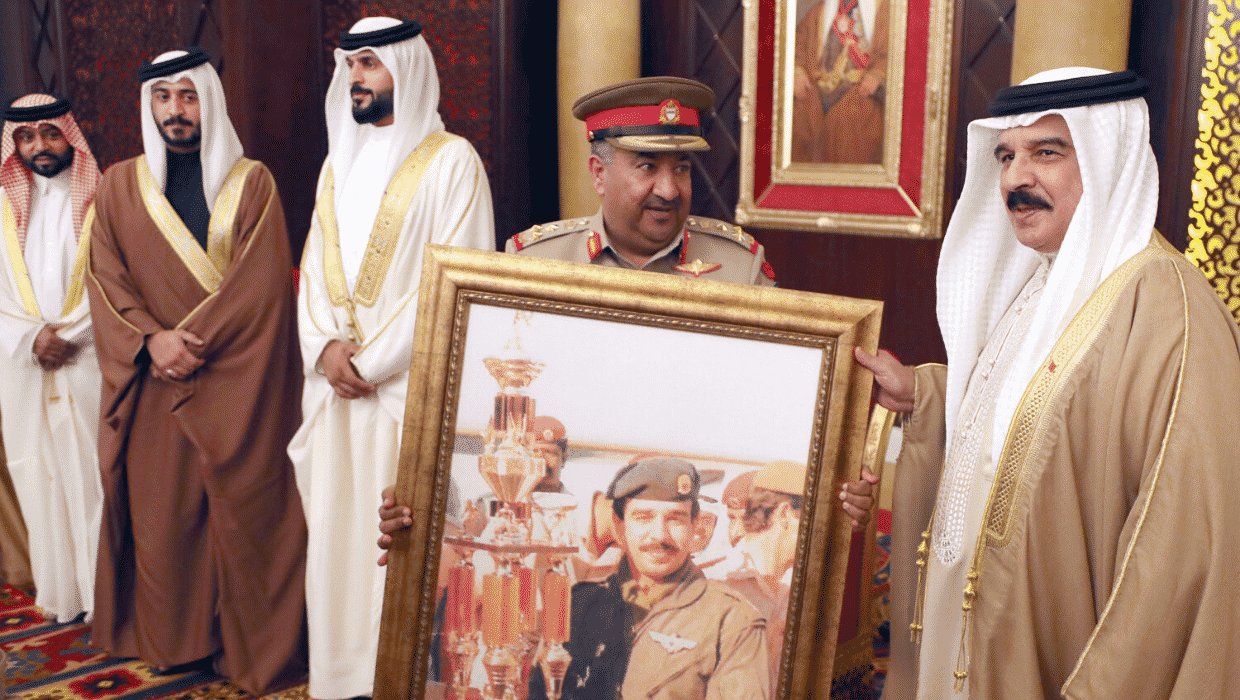 HH Shaikh Nasser and HH Shaikh Khalid also introduced to HM the King Bahrain teams who participated in the 6th GCC Women’s Sports Championship which was hosted by Kuwait and in which the kingdom bagged 36 gold medals and clinched first place in the final medal tally. They also introduced the special needs athletic team as well as the teams of volleyball, basketball, bowling, fencing, table tennis, taekwondo, shooting, futsal, athletics and heritage sports.

HH Shaikh Nasser bin Hamad Al Khalifa paid tribute, on behalf of Bahrain sports persons, to HM the King, commending the outstanding accomplishments of Bahraini athletes who were able to honour the kingdom locally and abroad. Calling it the “golden era”, HH Shaikh Nasser praised the spirit of determination, achievement and patriotism characterising the Bahraini people, which was instilled by HM the King. He also pledged to continue the march of accomplishments to uphold the kingdom’s name regionally and internationally.

HH Shaikh Khalid bin Hamad Al Khalifa presented HM the King with a commemorative gift. Then, HM the King congratulated the Bahraini athletes on their achievements, praising the spirit of determination characterising the Bahraini people who were able to prove their worth and excel in various sports games. He thanked HH Shaikh Nasser and HH Shaikh Khalid for their tireless efforts to promote the sport movement in the kingdom. He also praised the care given by the BDF General Command to military sport, lauding keenness of the military athletes to bring about the best results.

HM the King hailed the efforts of the sport associations as well as the technical and administrative bodies in bringing about the honourable accomplishments, pointing out contribution of Bahraini women to the sport movement.

The Bahraini athletes expressed heartfelt thanks and respect to HM the King for his unflinching support to them, pledging to continue clinching more titles in future competitions. They also thanked HH Shaikh Nasser bin Hamad Al Khalifa and HH Shaikh Khalid bin Hamad Al Khalifa for their continuous support and encouragement to build on previous achievements.

I frequently give business tips to the youth in my entrepreneurship awareness lectures. In one such lecture, a person asked me to describe the...
Management Principles

Batelco has concluded the 'Duel Game' competition which formed part of its ‘Fact of the Day Service' campaign. Prizes ranged from daily to weekly...
Beauty

Lenovo hasn’t made the best bets in virtual reality so far. It seems like the company’s about to try again — according to a...
iGA

These days, our smartphones are much more than just phones. We rely on them for work, leisure, directions and many more important aspects of...
Inside Bahrain