Iftar cannon is a notable part of...
In focusSpotlightHM King meets US President, praises strategic partnership 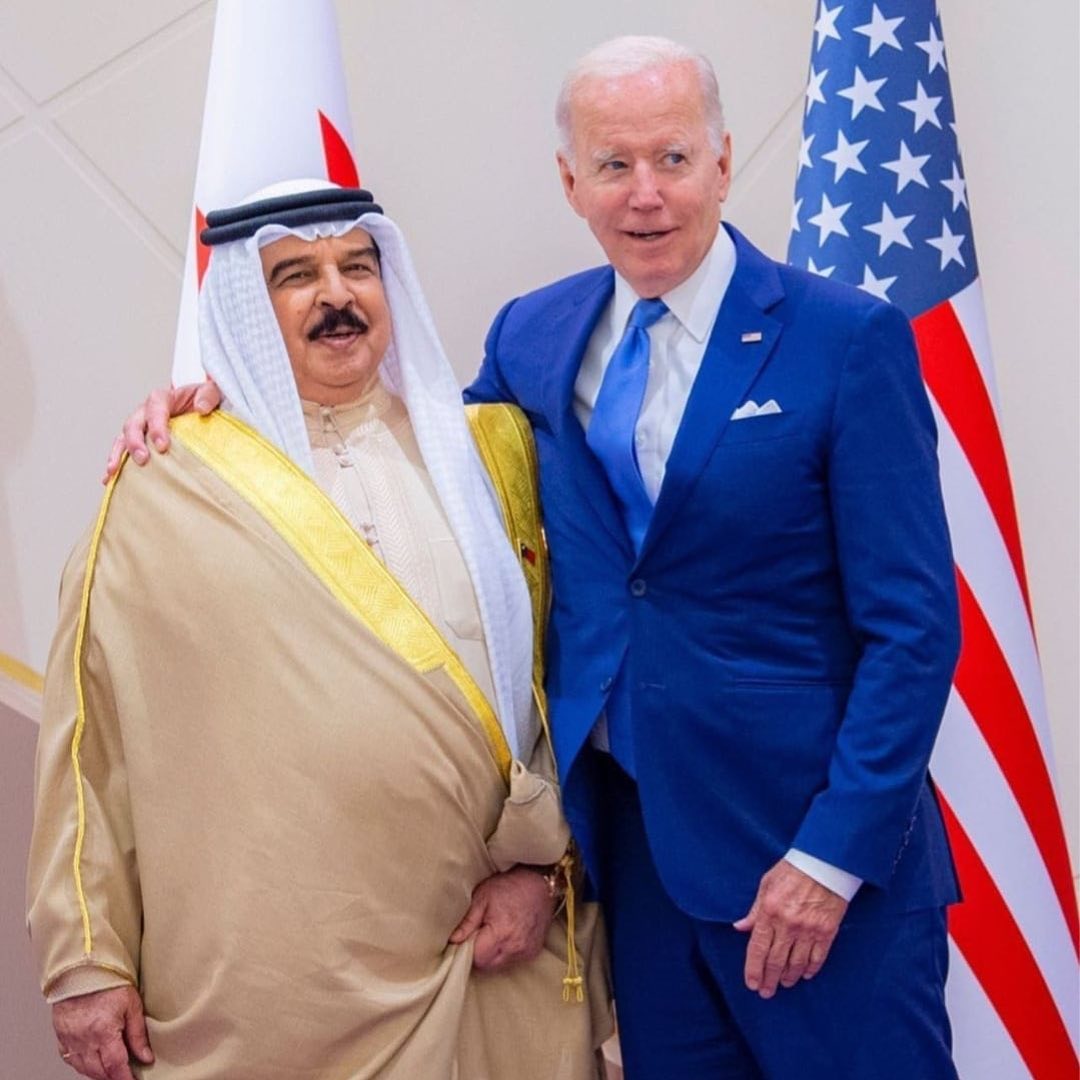 His Majesty King Hamad bin Isa Al-Khalifa has today met, in the presence of His Royal Highness Prince Salman bin Hamad Al-Khalifa, the Crown Prince and Prime Minister, US President Joseph Biden, during the Jeddah Security and Development Summit.

HM the King hailed long standing Bahrain-US relations, which yielded solid cooperation and joint coordination in support of regional and global security and stability, describing the Kingdom of Bahrain and the United States as strategic partners for regional and global peace and security.

HM the King commended the US president’s participation in the Jeddah Security and Development Summit, in continuation of the US pivotal role in strengthening GCC-American cooperation and confronting issues and challenges.

The two leaders discussed key bilateral issues and ways of supporting joint cooperation to contribute to regional security and stability, in addition to issues on the agenda of the Jeddah Security and Development Summit.

They affirmed commitment to continue consolidating between the two friendly countries and peoples in the defence, security, economic and trade fields.

President Biden stressed his country’s appreciation of the solid strategic partnership between the Kingdom of Bahrain and the USA, noting the presence of the 5th US Fleet in the Kingdom.