Whether you’re a landlord or a tenant,...
NewsHM King of Jordan receives Minister of Foreign Affairs 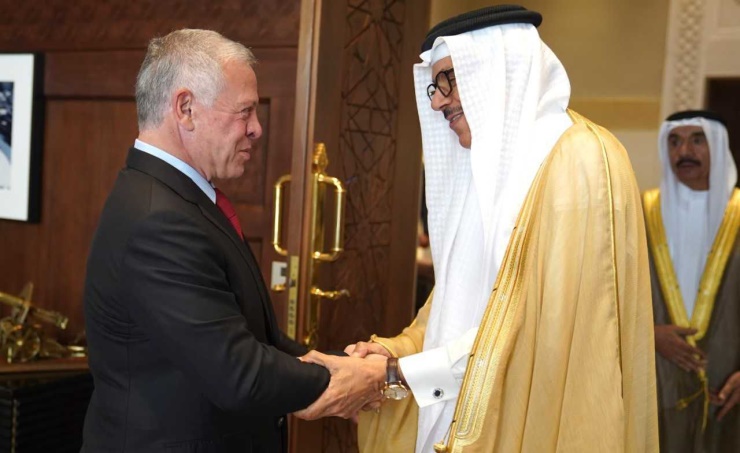 The Minister of Foreign Affairs conveyed the greetings of His Majesty King Hamad bin Isa Al Khalifa, and of His Royal Highness Prince Salman bin Hamad Al Khalifa, the Crown Prince and Prime Minister to HM King Abdullah II, as well as their wishes of further prosperity to Jordan.

HM King Abdullah II entrusted the Minister with conveying his greetings and best wishes to HM the King and HRH the Crown Prince and Prime Minister.

He underscored the solid relations between the two countries, noting Jordan’s keenness to enhance further relations and cooperation between the two sides as well as to coordinate and consult on several regional and international issues.

The Ambassador of the Kingdom of Bahrain to Jordan, Ahmed bin Yousef Al-Ruwaie also attended the meeting.